Among all the animals threatened by extinction, turtles appear on the endangered list incredibly often. Of the 365 known turtle species, including sea turtles, an astounding near-61 percent of turtle and tortoise species are listed as vulnerable, endangered or critically endangered.

Development and hunting by humans pose the biggest threats. With factors like coastline construction that interferes with nesting sites, agricultural impacts to bodies of freshwater and overhunting for human consumption, testudines (turtles, terrapins and tortoises) simply can’t keep up. Slow maturation time from gestation to adulthood prevents their populations from replenishing as quickly as humans can shape the world around them. 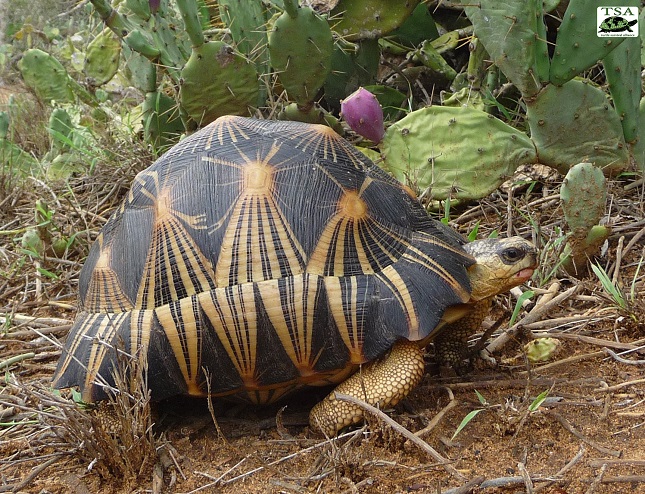 Taking on the role as protectors of turtles and tortoises across the globe is a big challenge, one that passionate groups aren’t just embracing but making a major strides in. The Turtle Survival Alliance (TSA) was formed in partnership with the International Union for Conservation of Nature to sustainably manage freshwater turtles and tortoises threatened by population degradation. They now work with approximately one-third of the tortoise and freshwater turtle species around the globe.

Since the TSA formed in 2001, in direct response to the overharvesting of Asian turtle populations for Chinese market supply, it’s made an undeniable impact, evolving into a globally recognized turtle conservation effort. In just 2018, the TSA was responsible for the rescue, medical care, husbandry and long-term care relocation of 18,000 radiated tortoises, a species that faces functional extinction in the next 20 years. Such large-scale, successful efforts are crucial to sustain species like these and maintain the important balance of threatened ecosystems.

The Living Collections staff at the NC Museum of Natural Sciences, a team responsible for the care and enrichment of animals featured in the Museum’s exhibits and educational programming, has been involved in hands-on care of some of the most endangered turtles and tortoises in the world. For the past four years, Living Collections staff have traveled to and from the TSA’s Turtle Survival Center (TSC) in South Carolina to help manage the facility while TSA team members are called across the globe to confiscate testudines from poor and often dangerous conditions. 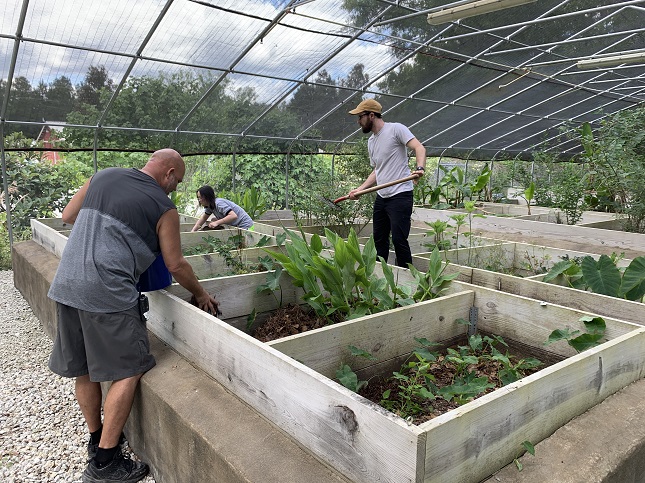 “At any moment we’re presented with grab-and-go situations, sometimes demanding we be across the world in just 72 hours to perform turtle and tortoise rescues,” said Nathan Haislip, Facilities Manager and Lead Keeper at the Center. “This is where our partnership with the Museum is important. We need trained professionals to step in and help take care of these animals so we can assist other TSA field programs abroad in times of crisis.”

To provide additional support to the TSA and provide next-level education to the NCMNS community, Living Collections has involved Junior Curators in trips to the TSC to provide helping hands. Junior Curators are teen volunteers with an intense interest in conservation, animal care and field biology. They directly support the Museum’s conservation efforts by participating in educational programs and events, field experiences to natural areas, natural history service projects, and assisting in the care of the Museum’s live animal collection. 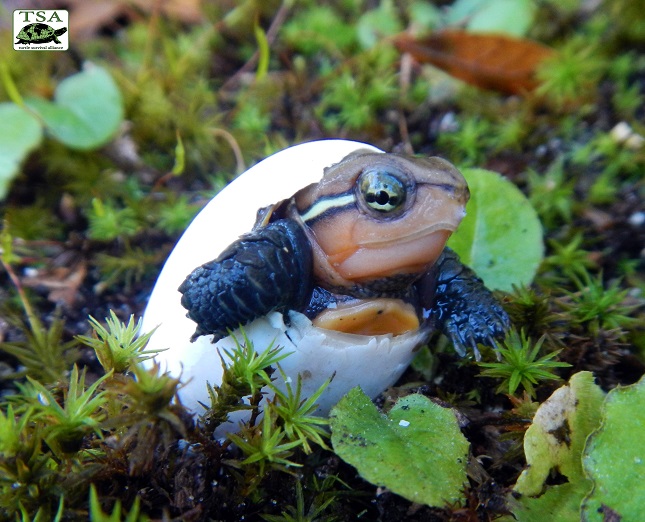 The partnership between TSC and Living Collections helps serve a greater vision of defending the creatures that need our help, like this newly hatched P. megacephalum. Photo: Cris Hagen.

“This growing relationship with the TSA allows the Museum to increasingly be involved with hands-on species conservation initiatives,” said Phil Bradley, Head of Terrestrial Exhibits for NCMNS. Bradley, who initiated the Living Collections’ effort with the TSA, sees engagement with on-the-ground groups like this as a great step towards making a bigger difference in our world and future. “We have dedicated a great deal of historical focus on natural history education and research, and now we’re adding conservation efforts into our list of accomplishments.” With passion for defending wildlife fueled by effective teamwork, a difference is being made.

“Involvement of Living Collections and Junior Curators helps save us a lot of time,” said Haislip. “We don’t have to train these professionals on animal care. They have the experience to know what they’re doing and how to do it well. When we work with these people, all of us are able to keep the mission in mind and interact from a bigger-picture perspective. We can focus on accomplishing the things we set out to do, and that’s ensure the survival of these incredibly important creatures for future generations.”