The 3D Theater is closed until further notice.

All of our films are about thirty minutes in length, and appropriate for most ages.

1:00 pm – This weekday timeslot (Monday–Friday) is available by special request only. Any movies on this page are available. 25 ticket minimum. Arrangements must be made two weeks in advance by calling the Museum Box Office at 919.707.9950.

Note: Event days may cause movie schedule to change. Please call the Box Office for the latest schedule at 919.707.9950. 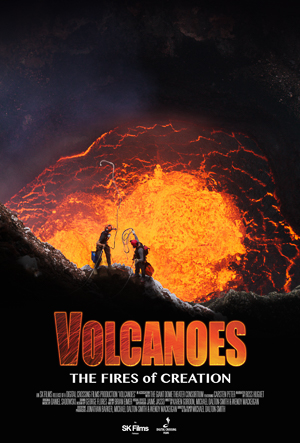 “Volcanoes: The Fires of Creation” is a tale of science, culture and thrilling adventure. Earth is a planet born of fire. For billions of years, volcanoes have helped forge the world we know. From the continents to the air we breathe and even life itself, all have been shaped by volcanic energy. These processes have created extraordinary ecosystems and wildlife habitats. With over 500 active volcanoes, the Earth is bursting at the seams with these forces of mass construction. The story of volcanoes is the story of the planet’s creation and the story of us.

With intrepid explorer Carsten Peter, dodge boulders at the edge of an active volcano in Indonesia, descend to a lava lake in Vanuatu and visit incredible acid ponds, geysers and mineral deposit fields in Ethiopia. Travel across the globe to see the archeological ghost town of Pompeii, hydrothermal vents at the bottom of the ocean and witness the devastating effects of the 2018 Kilauea eruption in Hawaii. 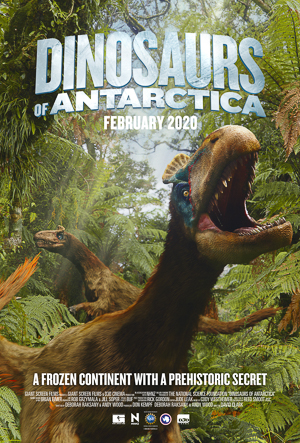 From the Permian through the Jurassic, journey to the south polar landscapes of Antarctica hundreds of millions of years ago. Roam the primitive forests and thick swamps with bizarre dinosaurs and colossal amphibians. Enter a surreal world of bug-eyed giants and egg-laying mammals—where survival means enduring the sunless, six-month polar winter surrounded by meat-eaters with night vision. Join intrepid Antarctic scientists on a quest to understand the ice continent’s profound transformation—and to predict the future as humans drive dramatic change. Welcome to the lost prehistoric world of Gondwana. Welcome to Antarctica.

BUY TICKETS TO DINOSAURS OF ANTARCTICA 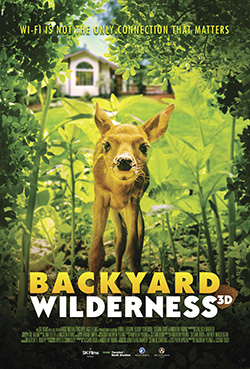 “Backyard Wilderness” will surprise and entertain viewers with the unexpected wonders of nature that are right under our noses — in our own backyards. Spanning a seasonal year around a suburban home, the film displays a stunning array of unique wildlife images and behavior — all captured by cameras mounted inside dens and nests, and moving along the forest floor and pond bottom, to reveal their inhabitants in rare and breathtaking intimacy. The film reminds us that sometimes in ordinary places, you can uncover extraordinary things that could transform you forever — you just need to step outside. 20-minute version. 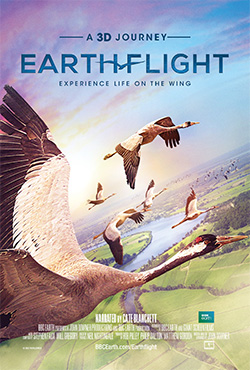 “Earthflight” is a totally immersive experience, taking the audience on an incredible flight across the world on the wings of birds. Revolutionary aerial techniques and state-of-the-art 3D cameras deliver the reality of flying right alongside birds as we join a variety of different species on their seasonal journeys. “Great White Shark 3D” unravels the mystery of the creature we love to fear—the much maligned, misrepresented and misunderstood great white shark — and goes to the depths of human daring to tell the true story of its role atop the oceanic food chain.

Three years in the making, “Great White Shark 3D” takes viewers around the world to great white hotspots in Mexico, New Zealand, South Africa, and California. The film examines what we know about these incredible animals through the eyes of several people whose lives and work have become inextricably linked to the great white. PG: Parental Guidance suggested for children 5 and under

On a thrilling ride, we spin back in time to an extraordinary prehistoric world: Alaska in the Cretaceous Period, 70 million years ago – the last great flourish of the dinosaur era. BBC Earth invites you to come on a journey through the seasons, and experience a year in the life of dinosaurs fighting, feeding, migrating, playing and hunting.

With the most ambitious CGI visuals, this film reveals the story behind the lives of the dinosaurs and the challenges they faced in a constant battle of survival. A chipmunk in a wild wood and a grasshopper mouse in Arizona’s scorched deserts are both forced to grow up fast when they find themselves alone for the first time. Only by using their ingenious superpowers can our heroes not only stay alive, but also become masters of their universe. Using the incredibly immersive power of specialist 3D cameras, audiences are transported in a very intimate way into another world to experience the titanic battles these creatures face to survive. Exotic coral reefs, vibrant sea walls in the sub-arctic pulsating with anemones and crustaceans: these biodiversity hot spots are as vital to our lives as the rainforests. Groundbreaking macro 3D cinematography explores these cities beneath the sea. 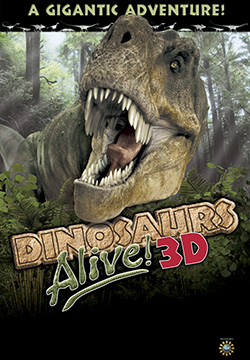 See the earliest creatures of the Triassic Period to the monsters of the Cretaceous in a ‘life-sized’ 3D presentation. Realistic and scientifically-accurate computer generated animation brings dinosaurs back to life!
20 minutes. 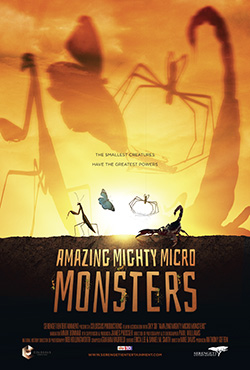 Animals with superpowers exist, right here on Earth. They are beneath our feet. They include beetles that shoot chemical fire and lift enormous weights; scorpions that glow in the dark with astonishing crushing powers; spiders that can make themselves virtually invisible and hypnotize their prey; even a bug that can transform itself into another creature entirely.

Prepare to be amazed by this 3D adventure exploring the hidden world of the super-powered “bugs.”
20 minutes.

Educator Guide (Grades K-8.)
Note: This guide was developed for the 40-minute version of the movie, and may reference content not in the 20-minute version.

“Backyard Wilderness” will surprise and entertain viewers with the unexpected wonders of nature that are right under our noses — in our own backyards. Spanning a seasonal year around a suburban home, the film displays a stunning array of unique wildlife images and behavior — all captured by cameras mounted inside dens and nests, and moving along the forest floor and pond bottom, to reveal their inhabitants in rare and breathtaking intimacy. The film reminds us that sometimes in ordinary places, you can uncover extraordinary things that could transform you forever — you just need to step outside. 20-minute version. 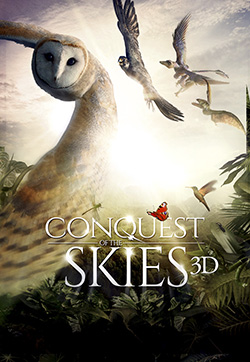 Conquest of the Skies 3D

The ability to fly has long sparked human curiosity, and envy! In Conquest of the Skies 3D, travel through time and around the world to unravel the 300-million-year story of how animal aviators have evolved into the 100 billion creatures flying through the air today. Explore nature’s ingenuity as you soar from a falcon’s point of view, see hummingbirds flutter in slow motion, accompany bats in the hunt, meet lizards that glide with the greatest of ease, and find out how clumsy beetles got their wings. Filmed on location in the United Kingdom, Borneo, Spain, Italy, and Ecuador.
40 minutes.

Conquest of the Skies Educator Guide Flight of the Butterflies 3D

“Flight of the Butterflies 3D” immerses you in an astounding migration experience. Over spring and summer, two generations of monarch butterflies migrate north into Canada. In the fall, a Super Generation miraculously finds its way from Canada, across the U.S., to overwintering sanctuaries on a few isolated mountaintops in Mexico.
24-minute version & 44-minute version. In this stunning new project David Attenborough takes us on a journey through the world-famous Natural History Museum in London, revealing it as it’s never been seen before, in a compelling tale of discovery, adventure and magic. As the doors are locked and night falls, Attenborough meets the extinct creatures that fascinate him the most, as they magically come alive in front of his eyes; dinosaurs, ice age beasts and giant reptiles. This is a special collaboration of experts and curators from the Natural History Museum with 3D and ground-breaking CGI technology.
40 minutes.