“Chimps are a promiscuous species,” says Jennifer Ireland. And she should know. As Curator of Mammals for the North Carolina Zoo in Asheboro, she oversees one of the largest groups of chimpanzees housed in zoos in the country: 16 individuals ranging in age from 1.5 to 50 years old.

Because the NC Zoo is an accredited member of the Association of Zoos and Aquariums, they are guided by the AZA’s Chimpanzee Species Survival Plan (SSP), a program where a group of chimpanzee experts and scientists analyze genetic, social and demographic information to ensure the overall health of chimps in AZA zoos across the country. A recent recommendation of the Chimp SSP was to breed two females, Amy and Gerre, with two males, Lance and Sokoto.

At this point you may be wondering, if chimps are so promiscuous, how were they not already “sharing genes”? As it turns out, female chimps are regularly on birth control – the same pill humans take in fact – until they are selected for breeding. At which point the zookeepers take them off contraception.

“We can’t allow the chimps to breed willy-nilly,” Ireland explains. “There wouldn’t be enough space in zoos across the country to house all the chimps if breeding wasn’t controlled. Inbreeding would also be an issue.” 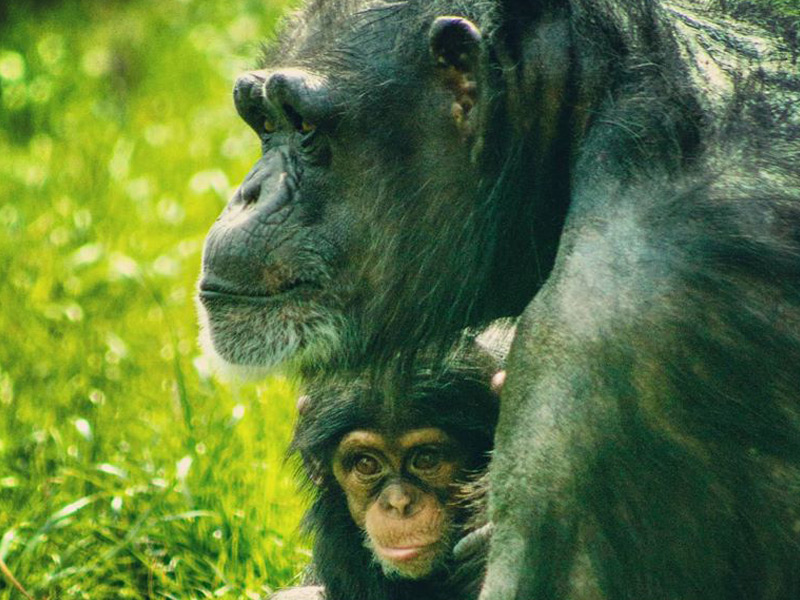 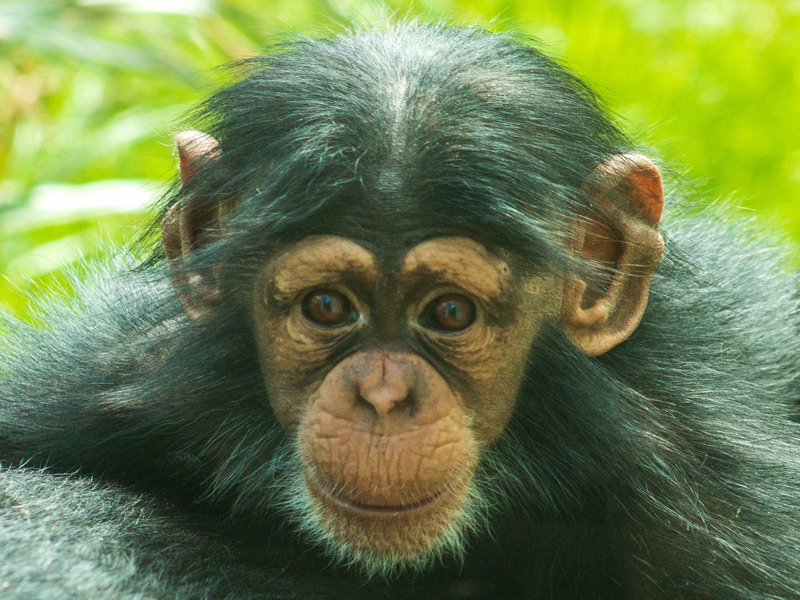 So, who’s the daddy?

Ireland contacted geneticist Dr. Julie Horvath, Head of the Museum’s Genomics & Microbiology (G&M) Research Lab and jointly appointed at NC Central University in the Biological and Biomedical Sciences Department. Horvath had previously worked with Ireland and others at the NC Zoo to study chimpanzee skin microorganisms. Dr. Heather Evans, conservation geneticist for the NC Wildlife Resources Commission who also works in the G&M lab, already had protocols in place for parentage-based testing and agreed to work with the chimp samples.

Horvath and Evans worked with Ireland to provide sample collection kits for buccal cells (cheek swabs), a protocol, and reagents for the analysis. Once the NC Zoo’s chimp keepers collected cheek swabs from Lance, Sokoto, Amy, Gerre, Obi and Asha. Ireland then sent the samples back to the lab, where Evans extracted DNA and analyzed the genetic samples.

Turns out, the daddy (to both baby chimps) is Lance. A result that was not entirely surprising. “Lance is … not the nicest male,” Ireland admits. “Actually, he can be a bit of a jerk. But that’s his prerogative as the Alpha male.”

Still, Ireland adds, with the continuing goal of maintaining a healthy gene pool, “Lance’s breeding status may change after this.”