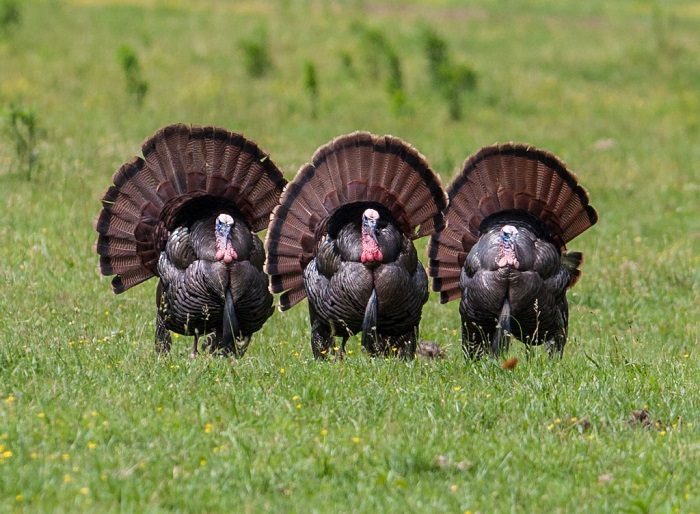 If someone calls you a turkey, it’s time to take it as a compliment! Photo by Melissa Dowland.

Turkey time, but why?

It’s turkey season. The fowl known for feeding families and friends at annual gatherings may now seem like an abundant creature, popularly hunted across North Carolina. However, this wasn’t always the case.

When early European settlers arrived in America, turkeys were plentiful in N.C. and were likely found throughout the entire state. By the turn of the century, however, few turkeys remained. The decline was primarily due to unregulated and heavy market hunting, rapid deforestation, and habitat destruction throughout the state. This decline continued into the 1960s.

Turkeys are once again common in North Carolina, thanks to a restoration program implemented by the N.C. Wildlife Resources Commission that involved live-trapping and relocating wild turkeys to where the bird had previously disappeared.

So what exactly makes wild turkeys so important? Why all this effort for a dwindling population? And why turkeys on Thanksgiving anyways? 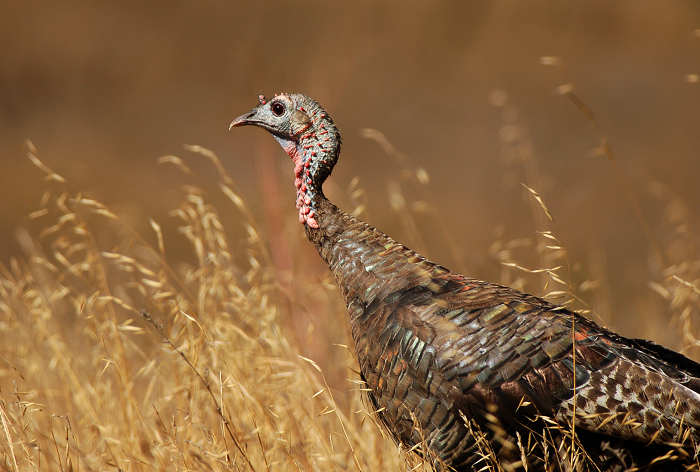 A bird of courage

For starters, wild turkeys are the largest upland game bird in North America, standing up to four feet tall, with a wingspread of four to five feet and weights ranging from 10 to 20 pounds.

Perhaps most importantly, wild turkeys are only found naturally in the wild in North America, primarily within the U.S., making them truly unique to our country. Although American folklore posits that wild turkey was the main dish of the “First Thanksgiving” in 1621, there seems to be little evidence for this, although most certainly it was on the menu. 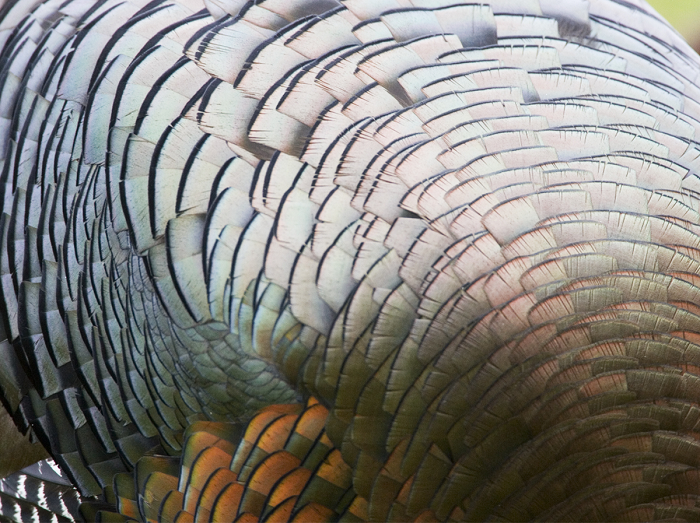 Above: Adult wild turkeys are covered with 5-6,000 feathers in patterns called feather tracts. These feathers were used by American Indians to stabilize arrows and to adorn ceremonial dress. Wild turkeys roam Raleigh’s Horseshoe Farm Park and are descendants of birds hunted by American Indians thousands of years ago, one of the few populations in the Southeast that never went extinct. Photo by G. Dan Hutch.

Further evidence suggests that the American tradition of Thanksgiving turkey is quite old. Alexander Hamilton was quoted in 1805 as saying, “No citizen of the United States should refrain from turkey on Thanksgiving Day.” By 1857 in New England, it was apparent that turkey had become the centerpiece of the Thanksgiving spread.

President Abraham Lincoln eventually declared Thanksgiving an official national holiday in 1863. Thanksgiving and turkey have since become synonymous. One could argue that no one has truly understood the all-American nature of the wild turkey better than Benjamin Franklin. In a 1784 letter to his daughter Sarah Bache, Franklin criticized Congress for naming the bald eagle the national bird, insisting that the turkey would have been more fitting.

He wrote: “For the truth the turkey is in comparison a much more respectable bird, and withal a true original native of America. He is besides, though a little vain and silly, a bird of courage, and would not hesitate to attack a grenadier of the British Guards who should presume to invade his farm yard with a red coat on.” 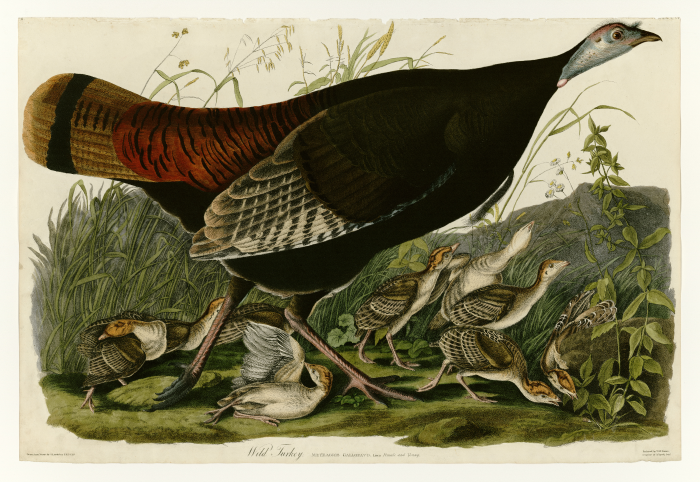 Above: Female wild turkey with young, from Birds of America by John James Audubon.

Gobble up these turkey facts!

Wild Turkeys are omnivorous, foraging on the ground or climbing shrubs and small trees to feed. They prefer eating acorns, nuts, seeds and berries, but will also eat some grasses and even insects. Turkeys also occasionally consume small reptiles and sometimes visit backyard bird feeders to search for seed on the ground. Additionally: 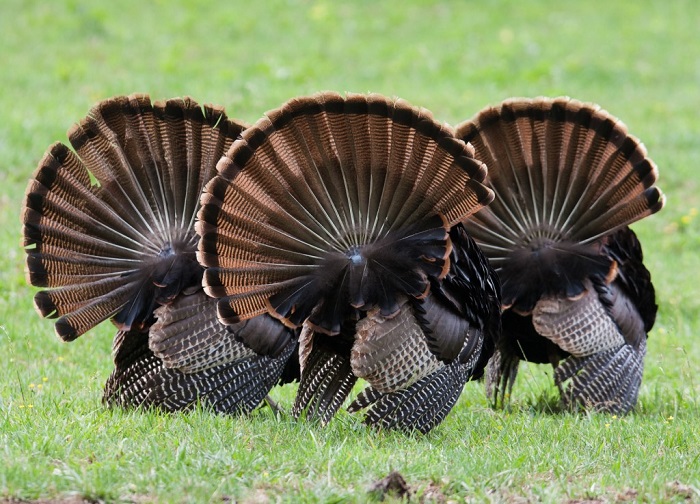