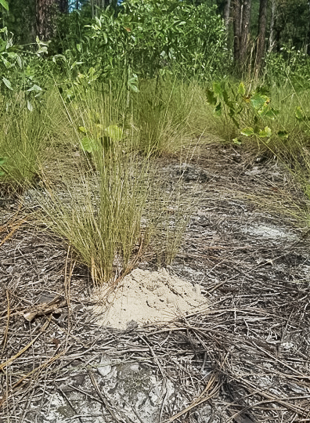 The Southern Hog-nosed Snake (Heterodon simus) is found in dry sandhill habitats within the declining Longleaf Pine ecosystem of the Southeast. Its relative rarity, adaptations for digging, and secretive nature have confounded documentation of certain basic natural history information, including nesting behavior.

Jeff Beane, the Museum’s Collections Manager of Herpetology, was involved (with other colleagues from the Museum as well as the NC Wildlife Resources Commission and the NC Zoo) in the discovery, monitoring and excavation of a nest of H. simus, and its subsequent documentation in Herpetological Review 52(2), 2021.

Beane says, “Although the eggs in this nest failed to hatch, it represents the first documentation and description of a nest for this species anywhere within its range — information that has been sought for many years. Despite having radio-tracked several female Southern Hog-nosed Snakes over the past 23 years, this was the first time we were able to finally locate a nest.” 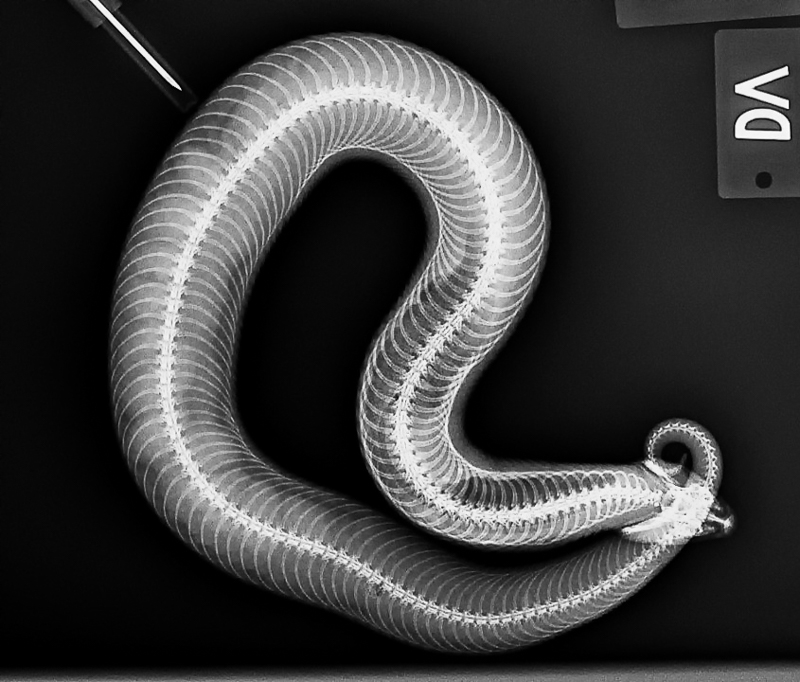 A radiograph taken May 26, 2020, showed an indeterminate number of ova — possibly 13 or more. Only six eggshells were found in the nest; it is unknown whether the others were reabsorbed, infertile, deposited elsewhere, predated, or otherwise deteriorated before the nest was discovered. Radiograph courtesy of the NC Zoo veterinary staff (JB Minter, Emma Houck, Kelly Tardiff).