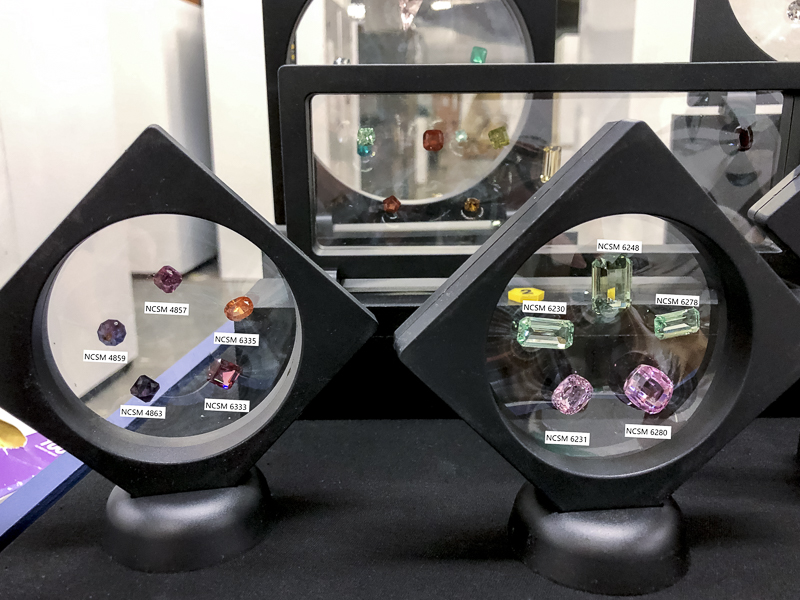 These are gemstones from the William Wallace Stephens Collection. They belonged to a temporary exhibit that was built for the opening of our new location in Greenville. Photo: Sean Moran.

We’re celebrating Earth Week! Curator of Geology Chris Tacker weighs in on the three themes for Minerals Day from the Mineralogical Society of America’s site: Science, Value and Beauty.

The Science of Minerals

Chris is here for the Science part. Minerals are information. Hard-rock (igneous and metamorphic) geologists like Chris use the chemistry of minerals as the clues to the entire lifespan of a rock.

The chemical information contained in minerals allows geologists to measure the temperature and pressure of a magma, as well as the gases present – the mineral chemistry is frozen in place after a volcanic eruption. A volcanic eruption spreads ash over large areas in a geological instant, leaving a distinct marker bed in sediments, a bed that can be analyzed for absolute age. Fossils provide relative ages in sediments, bracketed by the absolute ages of volcanic beds. Multiple minerals can be used for dating via radioactive decay: amphiboles for argon-argon dating, zircon for uranium-lead and lead-lead dating, apatite group minerals for temperature-sensitive fission-track dating.

Metamorphic rocks preserve the time-pressure-temperature path that they followed. The minerals present in the rock also show the temperature and pressure of peak metamorphism. Minerals like zircon provide the best absolute dating methods for igneous and metamorphic rocks. Z The ages of zircon crystals from North Carolina show that some rocks here are suspect to (questionable that they were formed in) North America and were plastered to the side of the continent in the collisions that built the Appalachians.

The Value of Minerals

Minerals have value. A technological society like ours requires a lot of minerals to run. The tired old adage “if it can’t be grown, it has to be mined,” is still true. But even if it is grown, agriculture and forestry still require petroleum and steel for the machines, phosphates for the fertilizer, and all the specialty metals required to make machine parts.

These days, these industries also require high-purity silica for silicon chips, much of it from quartz from Spruce Pine, North Carolina. The construction industry would crash if crushed stone were not readily available from an aggregate quarry: roads: houses and cement would not be possible. A lowly mineral like pyrite (iron sulfide, FeS2) is routinely set aside during mining. But it’s finding new utility as a semiconductor for solar power, which provides a greener source of energy as well as cleaning up mine waste heaps.

The Beauty of Minerals

Minerals like gemstones are legendary for their beauty; here are a couple of examples from the temporary exhibit for the opening of NCMNS Greenville. 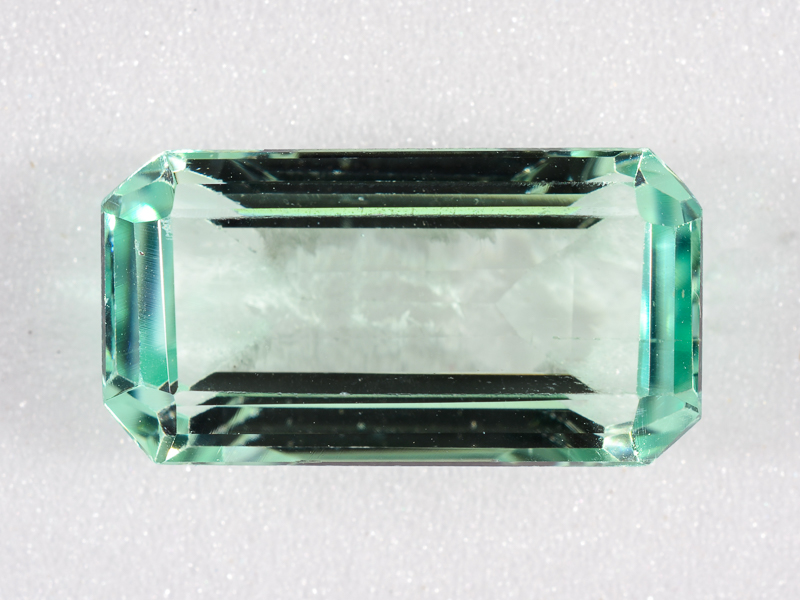 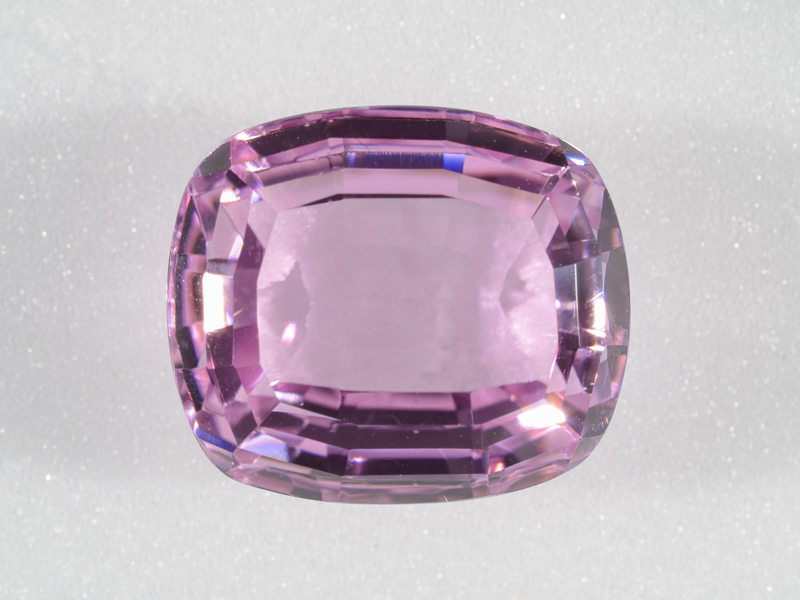 This gem is kunzite, a variety of the mineral spodumene. Its purple color comes from manganese. It was named for George Kunz, a gemologist/ mineralogist for Tiffany’s. Kunz was a bit of a rival to William Earl Hidden, as the two were very alike, being self-taught and very active in the field. Photo: Sean Moran.

You can download posters and other goodies at the MSA’s website for Minerals Day. Even better, you can learn about gemstones, mineralogy-related careers and more in webinars from October 13 to 15. (These will also be archived.) Curated lists of educational resource links are also available.