I share my yard with as much of our native wildlife as I can! I have several lizard species that call my home in Johnston County, home too! Of course, it was their home originally, and they have adapted to my intrusion. Since moving here in 2004, I have seen lizards routinely around my house and occasionally even inside. They have adapted to using the siding, decking and foundation of my house for their home. Most houses have crevices and other openings that lizards will take full advantage of for shelter when they’re not out foraging for food. 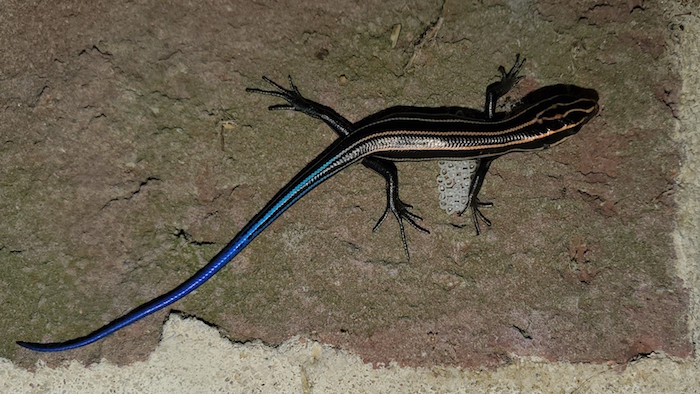 North Carolina has 12 native species of lizards. I have observed five of these species in and around my yard. The Green Anole routinely patrols my deck defending his territory. Six-lined Racerunners patrol my driveway during the day searching for prey like little dragons. The diminutive Ground Skink scampers along in the grass next to my brick foundation. All are welcome residents and I try my best to accommodate them.

The most abundant lizards in my yard are the Five-lined and the Southeastern Five-lined Skinks. They are actually very similar in appearance and you usually need to have them in hand to look at scale characteristics to confirm their identity. I don’t pick up lizards by hand unless I have an important reason to do so! The tails of most of our lizards are designed to break off easily when a predator is trying to eat them. The tail keeps wriggling while the lizard hopefully gets away from the distracted predator. The lizard will eventually grow a new tail, but it’s a riskier life until that safety feature grows back.

I see skinks all around my house and even inside the garage. The pedestrian door is kept open to give our dogs easier access to the fenced in backyard. I keep an inner gate propped open with a concrete building block. I move it occasionally to mow the weeds behind the gate. That was what I was doing on May 25, when I found a scaly surprise under the block—an adult female Five-lined Skink. 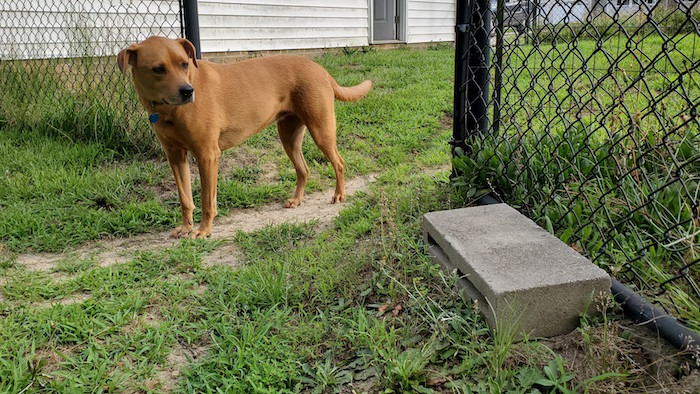 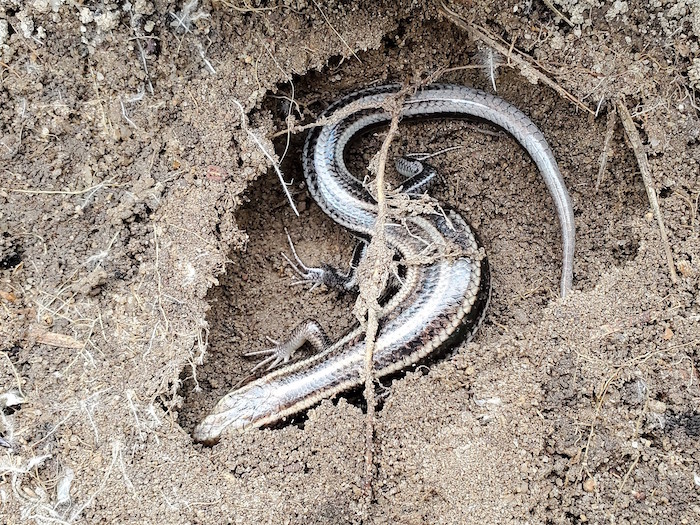 Female Five-lined Skink under block on May 25.

She had excavated a nest area under the block. I quickly returned the block after photographing her and skipped mowing behind the gate. Not wanting to unduly disturb her, I waited a couple of weeks before checking on her again. She was still there for my next check on June 10, but now guarding a whole bunch of eggs! I again photographed her and immediately returned her cover. From the photo, I counted 15 eggs! Wow, that’s a lot of eggs for one female skink. The state record for eggs in a single clutch for this species is 17 eggs, so she was close. 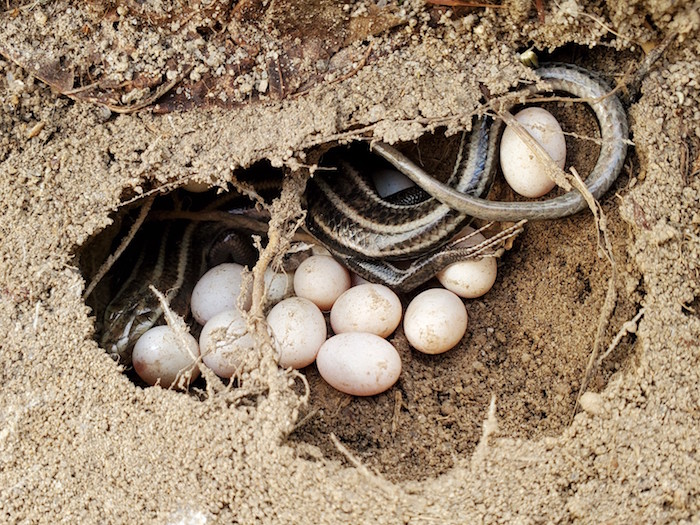 I checked on her a couple of more times waiting at least a week between checks. The female stays with the eggs until they hatch. Her presence may deter would-be predators and may even help maintain the proper environment for egg development. The eggs get rolled around with her movements, perhaps preventing establishment of fungi on the shell surfaces. During my check on July 6, she was still on guard duty with her eggs. 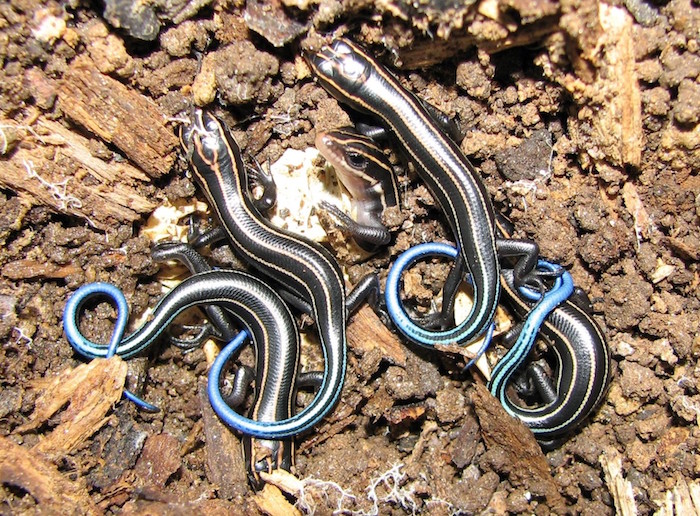 I accidentally disturbed a nest a few years ago when I moved a rotten firewood stack. I unknowingly destroyed the nest and didn’t think that I could recreate one that the female skink would return to. I continued incubation of those eggs in a jar of rotten wood medium until they hatched. This was a smaller clutch of only five eggs, but they all hatched! I released them in the woods behind my yard to begin their life journeys. It is even possible that the female skink under the concrete block was one of those hatchlings. 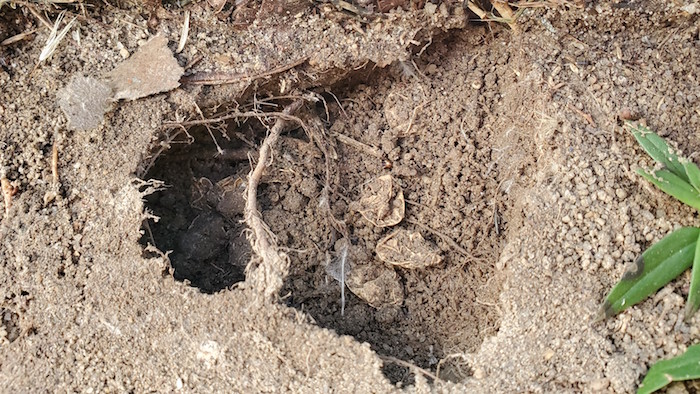 I made my next check on July 11, and the nest was empty! Mama skink and all the young were gone. Only the empty eggshells remained in the nest cavity. The young are all on their own after hatching and must find their own food while avoiding being eaten themselves. That’s where their bright blue tails come in handy should a predator try to eat them. I now see the youngsters occasionally along my brick foundation. They are all welcome new residents to my yard and I wish them a long lizard life!