The other day, I was on the phone and pacing in my driveway when I noticed an unusual creature scurrying across the pavement. When I looked closer, I realized I was looking at something I’d never seen before! Luckily, I had my phone and I quickly snapped a picture (below) to upload to iNaturalist… not only can I be a citizen scientist, I can get my discovery identified! At first, I thought it was an unusual species of millipede, but I learned that amazing animal was the female GLOWWORM! 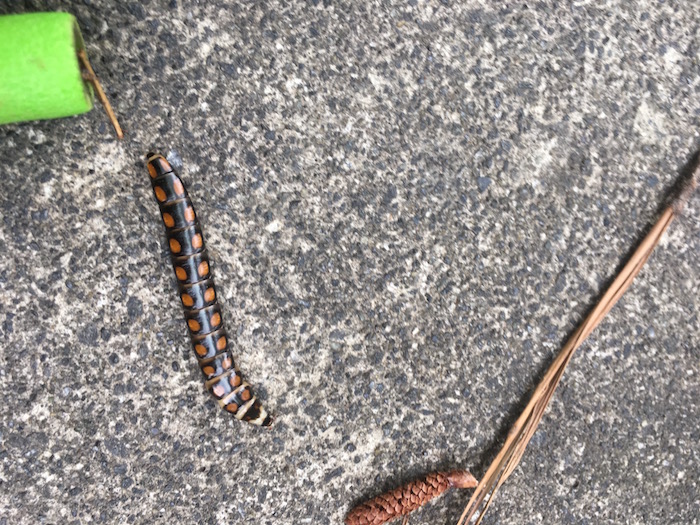 Like fireflies, Glowworms are beetles. The species I found is in the Phengodes genus and the females are larviform, which means as adults they look mostly like the larvae. Since my glowworm was seen during the day, I didn’t get to observe her bioluminescence, but females and larvae glow continuously. They are a predatory animal, injecting toxin into their prey of millipedes, slugs, snails and other insects.

Glowworms were once thought to be closely related to fireflies, since they both glow, but a study in 2001 found they are not each other’s closest relatives. This study also found that bioluminescence evolved twice and was lost once in this lineage!

The glowworm’s life cycle starts, of course, with the female laying eggs. Even the eggs can be bioluminescent…but not at first. It can take up to a month for the eggs to become luminous. The eggs are laid on the ground and the female will wrap around them, perhaps until they hatch. The predatory larvae hatch and are fully bioluminescent, emitting a greenish-yellow glow. Pupation is next! The female pupae only take about 12 days to develop (remember, the females are larviform, so not much to develop!). The males, however, can take up to 35 days. 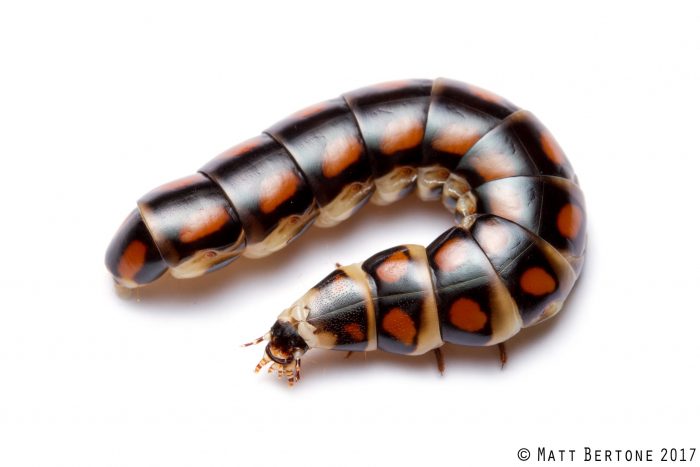 Glowworm beetle males are easy to identify due to their relatively soft bodies, their elytra (the hardened upper set of wings in beetles) much shorter than their abdomen, and their impressively huge antennae, clearly visible in the photo. These antennae serve an important purpose: helping the male find mates. Though poorly studied, it is thought that males use their antennae to find their flightless mates by following pheromones (chemical signals) the females emit rather than following their light. The males need huge antennae to sense and follow the faint pheromone trail given off by their soon-to-be mate. Unlike the larvae and females, glowworm males are thought to be non-feeding and short-lived as adults, readily attracted to lights at night, and glow very weakly, if at all. 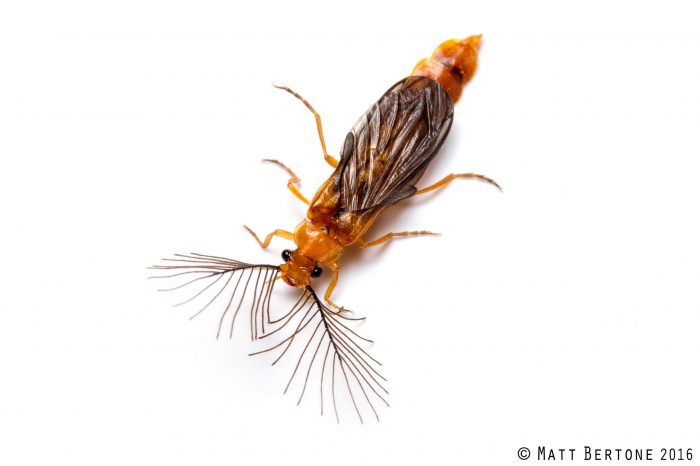 But why do they glow? Fireflies use their bioluminescence to find mates and warn nocturnal predators that they are full of nasty chemicals, but glowworm beetles are thought to use their glow only to advertise toxicity. Remaining constantly visible at night is a good way to get eaten – unless you will make any would-be predators sick! Then leaving your light on all the time to tell other animals where you are helps you avoid being eaten. The immature stages glow despite living mostly underground or buried in leaf litter, leading researchers to suspect they too are advertising their toxicity to any predators that encounter them.

They may not be common and might be poorly studied, but anyone who finds a glowworm of any stage will likely find it a memorable experience. With so many weird characteristics, they’re a welcome sight for many nature enthusiasts. Will you be lucky enough to see one?