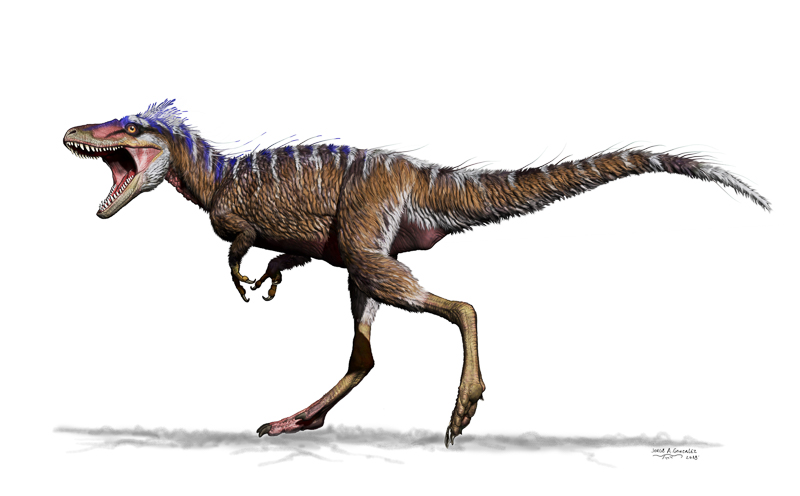 The Museum’s Head of Paleontology, Dr. Lindsay Zanno, and colleagues have won the Eighteenth International Award in Palaeontological Research (Paleonturology 20), for her paper describing the tiny tyrannosaur Moros intrepidus. The award is selected by jury through the Fundación Conjunto Paleontológico de Teruel-Dinópolis, Spain.

As part of the award, Zanno will write a version of the paper for readers aged 15-17 years, to be published as a popular version of the article. The award is endowed with a three-thousand Euro (3.000 €) prize that will be put toward funding the Museum’s first expedition to Mongolia.