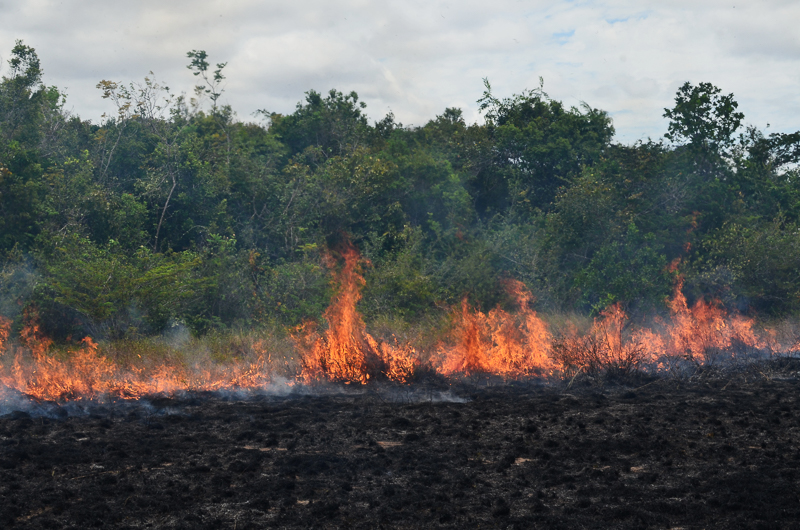 For thousands of years, humans have used fire as a management technique to promote species diversity and improve habitat for plants and animals. In the Rupununi savannas of southern Guyana, indigenous Makushi and Wapichan people set fires during the dry season, but little is known about the impacts of these fires on the region’s abundant wildlife. As part of his ongoing research in the region, Museum ornithologist Brian O’Shea is partnering with the South Rupununi Conservation Society on a new project, called the Impact of Fire on Wildlife. The goal is to gain a better understanding of traditional fire use in the Rupununi and its effects on wildlife habitats.

“As a result of climate change and other factors, wildfires are increasing in frequency, intensity, and extent worldwide, and are particularly devastating when they impact biodiversity hotspots in the tropics,” O’Shea said. “But low-intensity fires have long shaped ecosystems and influenced the distributions of plants and animals in ways we still don’t completely understand. This project is an exciting venture, with fieldwork conducted almost entirely by indigenous rangers whose ancestors have inhabited this region for millenia. It is a fantastic opportunity to combine modern science with traditional knowledge to gain deep insights into fire’s role in the maintenance of diversity in Neotropical savannas.”