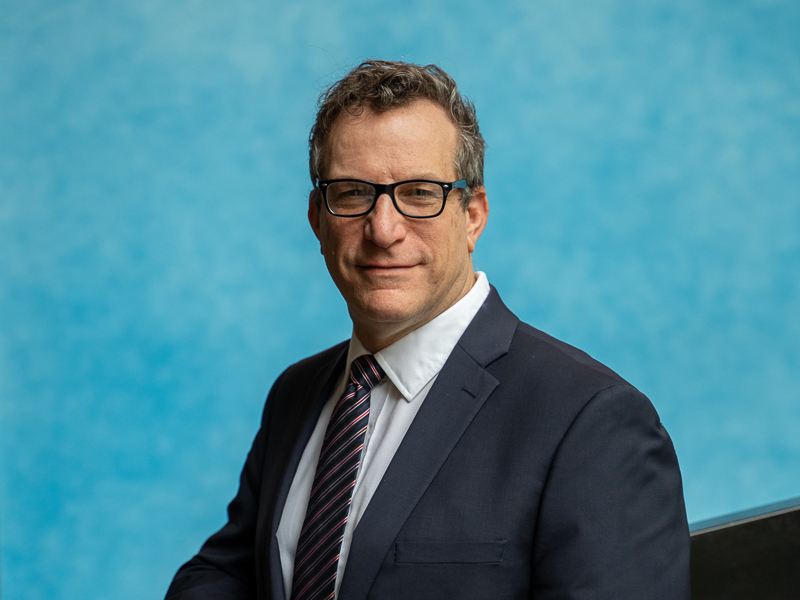 Raleigh, N.C.—The North Carolina Museum of Natural Sciences (NCMNS) has named Eric Dorfman as its next museum director. Currently the director of the Carnegie Museum of Natural History and Powdermill Nature Reserve in Pittsburgh, he will join the museum in early 2020.

“Eric Dorfman brings extensive experience that will help grow the reputation of our state’s most-visited museum and joins the talented team of people working to preserve natural history and resources across our state,” Governor Roy Cooper said.

Under Dorfman’s leadership as director since 2015 of the Carnegie Museum of Natural History and Powdermill Nature Reserve, the museum broke annual visitation records, created a live animal program, increased curatorial staff to leverage the museum’s collections strengths, initiated an education scholarship program to provide access to underserved communities, and raised over $24 million in four years to support the museum’s mission.

Susi H. Hamilton, secretary of the North Carolina Department of Natural and Cultural Resources, said, “We are thrilled to welcome Eric Dorfman as the new director for the North Carolina Museum of Natural Sciences. He has a demonstrated track record in bold strategic planning, successful fundraising, and community engagement. Most importantly, he has a true passion for scientific research, education and environmental conservation – the very strengths of our outstanding natural sciences museum.”

Prior to joining the Carnegie Museum, he spent 13 years in New Zealand, including as the director of the Whanganui Regional Museum and Ward Observatory, senior manager of Science Development at the Museum of New Zealand/Te Papa Tongarewa, and at the New Zealand Department of Conservation. He was a postdoctoral fellow in both Australia and South Africa.

“I am deeply honored to lead the North Carolina Museum of Natural Sciences,” Dorfman said. “Since 1879, the museum has solidified its role as one of the nation’s leaders in natural history and become an iconic institution in Raleigh and across the state. I am impressed by the talented and hard-working staff, the Friends and volunteers who serve this organization, as well as by the many partnerships with North Carolina’s academic institutions. I am eager to work with them to continue the legacy they’ve built, furthering the museum’s opportunities for world-class research and for sharing a love of nature with future generations. I can’t wait to get started.”

The North Carolina Museum of Natural Sciences, the largest natural history museum in the Southeast, is Raleigh’s top-rated tourist attraction, the state’s most popular museum, and a leader in progressive trends in nature and science museums globally. Featuring world-class exhibits, learning centers, live animals, and hands-on investigative labs, the museum combines elements of a natural history museum, science technology center, children’s museum, aquarium, and zoo. It is state-owned and managed, residing within the Department of Natural and Cultural Resources.