Museum guests will get their first look at the Dueling Dinosaurs beginning Tuesday, March 30.

The selected portions of the Dueling Dinosaurs will be the public’s first in-person experience of the incredible exhibit. Guests will be able to enjoy a 360-degree walk-around of the fossils, allowing observation on all sides. 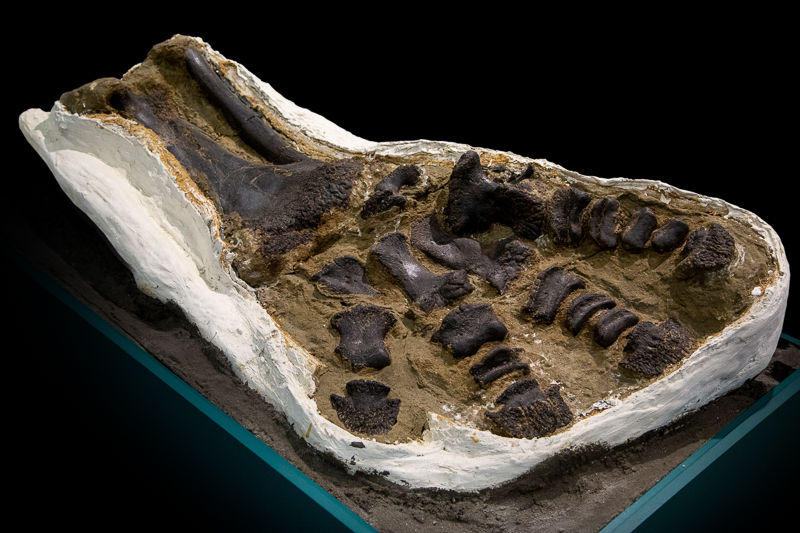 The exhibit is also equipped with fascinating facts about the anatomy of the specimen and the environment the dinosaurs lived in. (Preview below!) 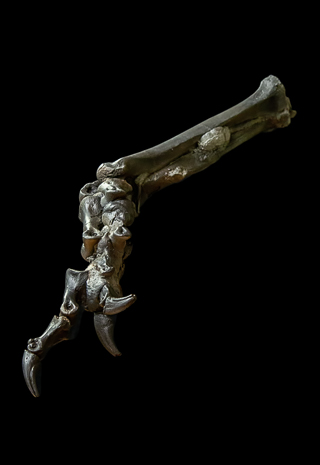 A replica of the T. rex’s foot, in process. Photo: K. Swain/NCMNS.

Eric Lund, the SECU DinoLab Manager, shared that he hopes guests, “learn how these iconic dinosaurs moved through their environments and how they share fascinating similarities with living animals today.”

Because the Dueling Dinosaurs fossils are so well preserved and articulated and the bones were found in life position, they will provide unique insights into the soft-tissue anatomy of these two dinosaurs. Guests will be able to gain insight into their biology and their movement.

Beyond this, the exhibit will allow guests to make comparisons to their own feet!