Connecting the spots for conservation of diminutive Key deer 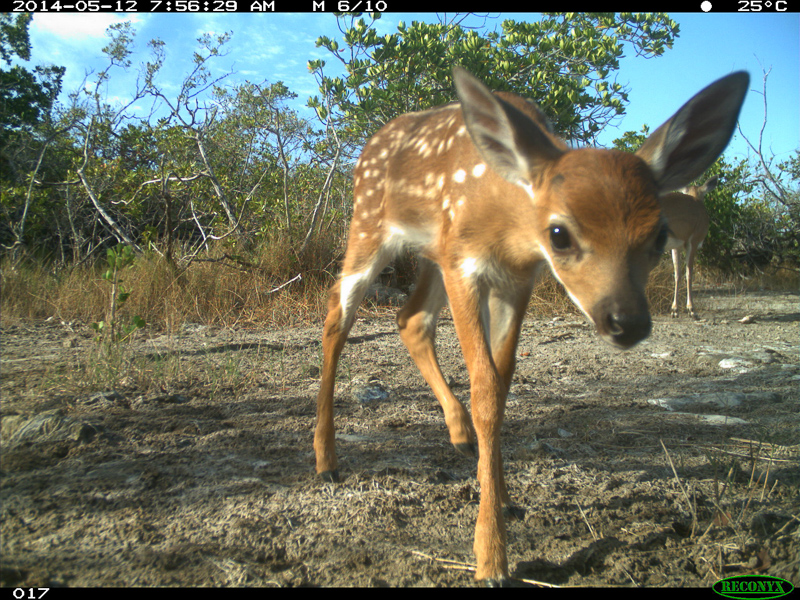 Did you know that the spots on deer fawns are unique to each individual, just like our own fingerprints are uniquely ours? Researchers from the North Carolina Museum of Natural Sciences, North Carolina State University and the University of Florida recently used this characteristic to distinguish individual fawns of the endangered Key deer to help inform their conservation and management.

Key deer are a small subspecies of the white-tailed deer abundant in North Carolina, but they only live on a handful of islands in the southernmost Florida Keys. (By small … picture an adult deer that stands the same height as a golden retriever.) The team of researchers matched the spots of fawns from more than 350 camera trap images to effectively estimate how many fawns occurred across the various habitats in the National Key Deer Refuge and to determine what areas were the most important habitats for females and their babies. 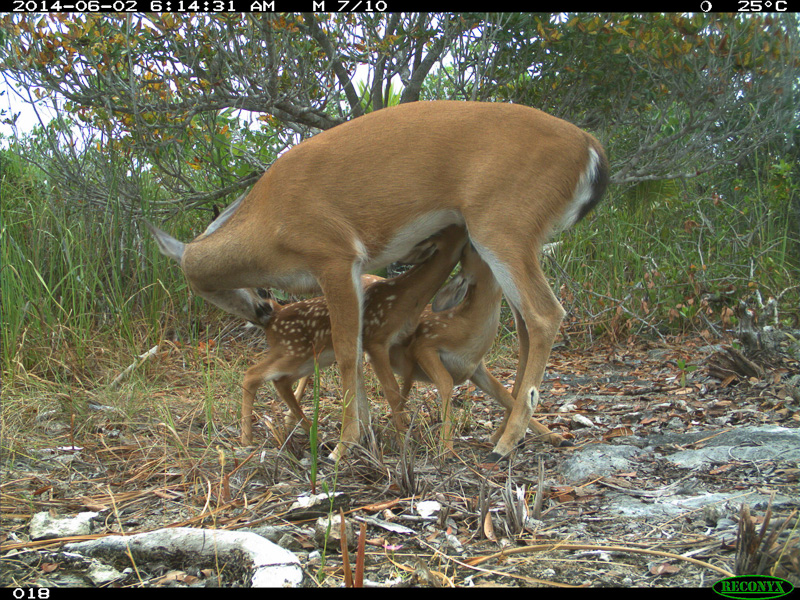 The researchers found that fawns were more abundant in low-elevation habitats, which were characterized by lush vegetation and grassy cover. They hypothesized that fawns are more abundant in these areas because they must take cover from the heat in the Florida Keys during the summer months. We do not think the vegetative cover is associated with fawns hiding from predators because Key deer have no native predators and have even been documented to fraternize with other species,” notes co-author Michael Cove, mammologist with the NC Museum of Natural Sciences. 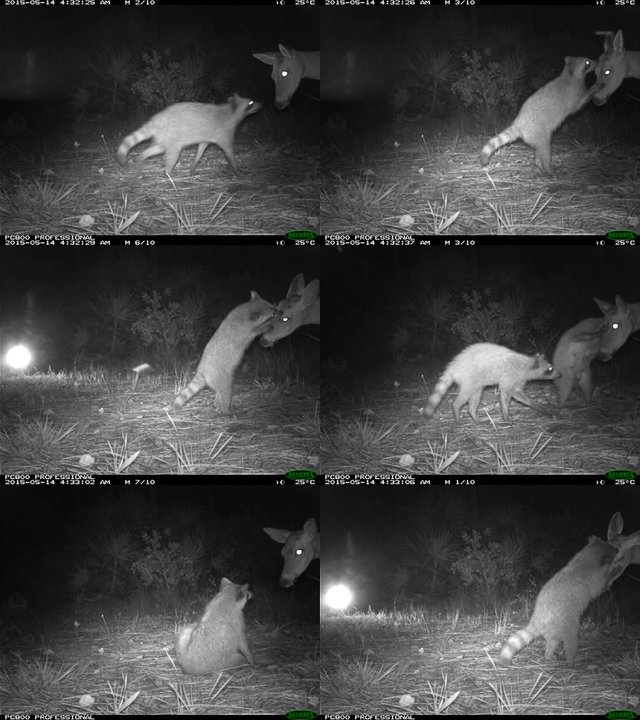 An apparent mutualism of raccoons grooming the face of a Key deer. Click to enlarge.

However, the researchers also learned that adult females were more commonly detected in upland habitats. Cove suggests, “Maybe the females prefer the vegetation in the uplands for forage but ensure safety for their fawns by leaving them in the lowlands.” Regardless, this disparity highlights the usefulness of tracking fawns as well as adults.

Most important, the research results identified low-lying areas as vital habitat for Key deer conservation in the future, which could be a problem as climate change and sea-level rise threaten to reduce suitable habitats of an already low-lying island chain.

Another outcome of the study is the educational outreach project planned by Cove and lead author Julia Jacobs of NC State University. “Our initial plan is focused on elementary school students and hinges around connecting the spots,” says Jacobs. “We will talk to the students about the importance of knowing the abundance of animals in a certain area and the challenges of identifying individuals within the population.”

“Overall, I am excited about this project because it exposes kids to some of the creative work that goes into wildlife conservation and it teaches them to slow down and look at the world around them.”