Comprehensive Study of World’s Reptiles: More Than One in Five Reptile Species are Threatened with Extinction, But Many Likely Benefit from Efforts to Save Other Animals 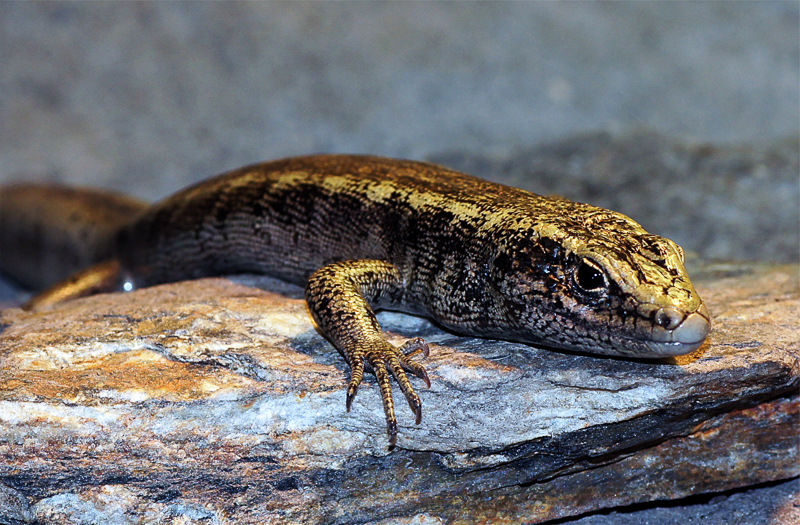 [RALEIGH, N.C.] — Conservation efforts for other animals have likely helped protect many reptile species, according to a new study led by NatureServe, the International Union for Conservation of Nature (IUCN), and Conservation International, in partnership with scientists from the North Carolina Museum of Natural Sciences and across the globe. The study, published in the journal Nature, presents an analysis of the first comprehensive extinction risk assessment for reptiles on The IUCN Red List of Threatened Species, which found that at least 21% of all reptile species globally are threatened with extinction.

For the Nature study, a diverse research team, representing 24 countries across six continents, analyzed the conservation needs of 10,196 reptile species in comparison with mammals, birds and amphibians. Reptiles in the study include turtles, crocodiles, lizards, snakes and tuatara, the only living member of a lineage that evolved in the Triassic period approximately 200-250 million years ago.

North Carolina harbors important remaining populations of globally threatened reptile species, including the Bog Turtle (Glyptemys muhlenbergii), Spotted Turtle (Clemmys guttata), Southern Hognose Snake (Heterodon simus), and even our state reptile, the Eastern Box Turtle (Terrapene carolina). “All of these species are threatened with extinction from habitat loss, road mortality, and illegal collecting for the pet trade,” said Bryan Stuart, co-author of the study and Research Curator of Herpetology at the NC Museum of Natural Sciences. “This is a reminder that local conservation efforts here in North Carolina can have important impacts on maintaining global reptile biodiversity.”

The research revealed that efforts to conserve threatened mammals, birds, and amphibians are more likely than expected to co-benefit many threatened reptiles. Although reptiles are well known to inhabit arid habitats such as deserts and scrubland, most reptile species occur in forested habitats, where they — and other vertebrate groups — suffer from threats such as logging and conversion of forest to agriculture. The study found that 30% of forest-dwelling reptiles are at risk of extinction, compared with 14% of reptiles in arid habitats.

“I was surprised by the degree to which mammals, birds and amphibians, collectively, can serve as surrogates to reptiles,” said Dr. Bruce Young, co-leader of the study and Chief Zoologist and Senior Conservation Scientist at NatureServe. “This is good news because the extensive efforts to protect better known animals have also likely contributed to protecting many reptiles.”

The study also highlighted what we stand to lose if we fail to protect reptiles. If each of the 1,829 threatened reptiles became extinct, we would lose a combined 15.6 billion years of evolutionary history — including countless adaptations for living in diverse environments.

The authors note that urgent, targeted conservation measures are still necessary to protect some of the most threatened reptile species, especially island endemic lizards threatened by introduced predators and those that are more directly impacted by humans. For example, hunting, rather than habitat modification, is the main threat to turtles and crocodiles, half of which are at risk of extinction.

The findings of the global reptile assessment serve as a baseline that can be used to measure changes in extinction risk and track species recovery progress over time. Results will also be valuable to help guide allocation of conservation resources through identification of Key Biodiversity Areas and other places where active management could prevent extinctions.