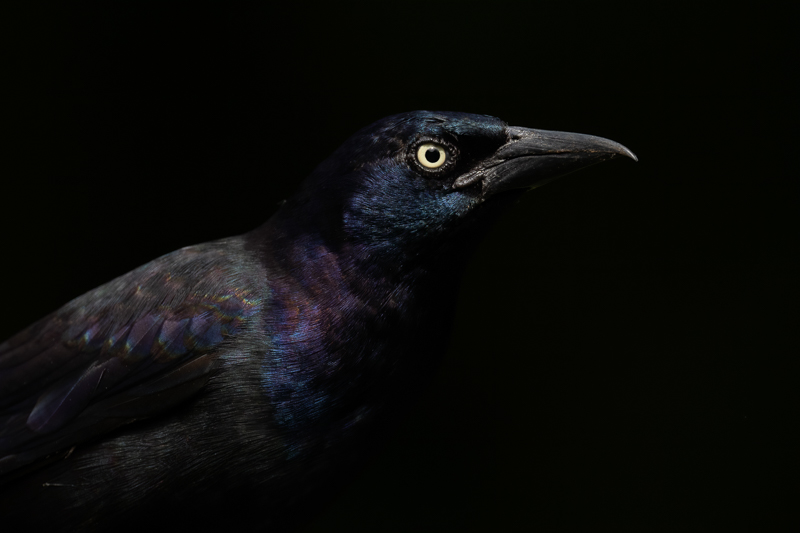 The winning photograph of the 2020 Wildlife in North Carolina Photo Competition was this common grackle taken by Matt Cuda of Tobaccoville with his Sony Alpha a7 III. The photo is featured on the cover of the January/February 2021 WINC issue.

RALEIGH, N.C. – The N.C. Wildlife Resources Commission revealed the winner of the 2020 Wildlife in North Carolina Photo Competition this week. The winning image is a portrait shot of a common grackle, a blackbird native to North Carolina. The photograph, dramatically set against a black backdrop, was taken by Matt Cuda of Tobaccoville, a 48-year-old software developer who has been dabbling in amateur photography since 1995.

See all of the winning photographs here

“I make enough money as a photographer to remain a solid software developer,” he quipped after learning of his win. “I was excited and humbled to realize that I was the winner in a magazine I read regularly.”

Birds are one of Cuda’s favorite subjects. He’s been snapping images of them since college on both film and digital cameras. He knew photographing the blackbird against a dark setting was a risk, but his skillful use of light captured the bird’s stunning features, highlighting its iridescent feathers and bright yellow eyes.

“We had a wonderful selection of photographs submitted to the competition this year,” said Marsha Tillett, art director of Wildlife in North Carolina magazine (WINC). “The image of this grackle is no exception. Capturing a photograph of an ordinary bird in such a striking way requires experience and skill.”

Over 1,700 photographs were submitted for the competition. Judges included Tillett, WINC graphic designer Bryant Cole, staff photographer Melissa McGaw and former Commission staffer and current freelance photographer Thomas Harvey. As grand prize winner, Cuda’s photo is featured on the cover of the January/February 2021 WINC issue and he will receive $200. All winning photographs can be found on the Commission’s website.

About Wildlife In North Carolina Magazine

To learn more about the magazine, including sample articles and subscription information, visit ncwildlife.org/winc.

About the N.C. Wildlife Resources Commission

Since 1947, the N.C. Wildlife Resources Commission has been dedicated to the conservation and sustainability of the state’s fish and wildlife resources through research, scientific management, wise use and public input. The Commission is the state regulatory agency responsible for the enforcement of fishing, hunting, trapping and boating laws and provides programs and opportunities for wildlife-related educational, recreational and sporting activities.