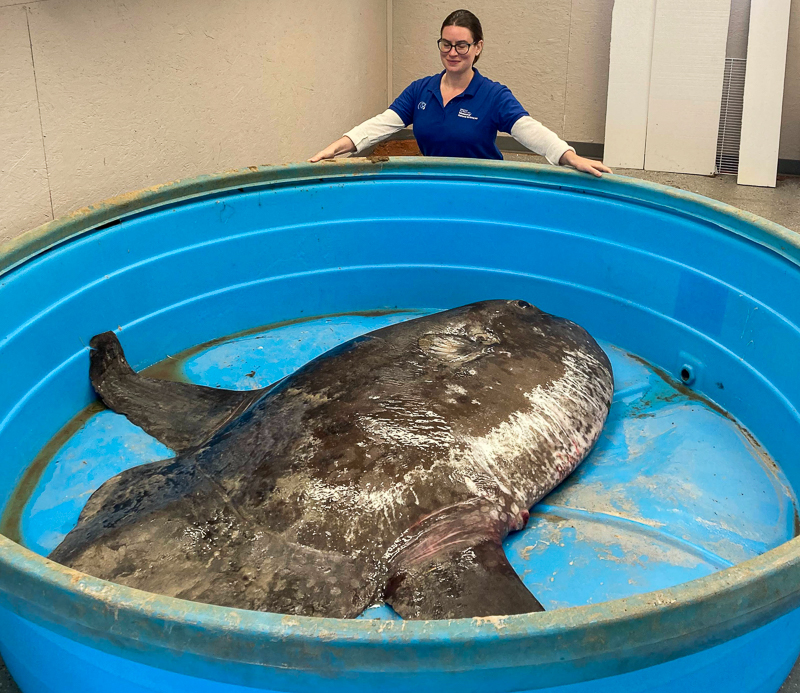 An unusual find last week along the eastern North Carolina coast has captured the fascination of many, and, in particular, ichthyologists with N.C. State and a North Carolina museum.

Lily Hughes with the North Carolina Museum of Natural Sciences studies the evolution and biodiversity of fishes. She says a fish known as the sharptail mola washed ashore near a fishing pier at North Topsail Beach last Thursday.

“They don’t do this behavior, you know, if they’re healthy,” she explained. “But we’re not exactly sure what happened with this one. We saw some marks on the side that could have been a boat strike but we’re not really sure right now.”

This sharptail mola will be preserved, which will allow researchers around the world to learn more about the unusual fish.

If you visit the Museum, don’t miss our model of a 1,200-pound Mola mola, or common ocean sunfish, in the Nature’s Explorers Hall on the second floor of the NEC. The model was made in 1926! Learn more about the history of our Mola mola here.