Archive of animal migration in the Arctic 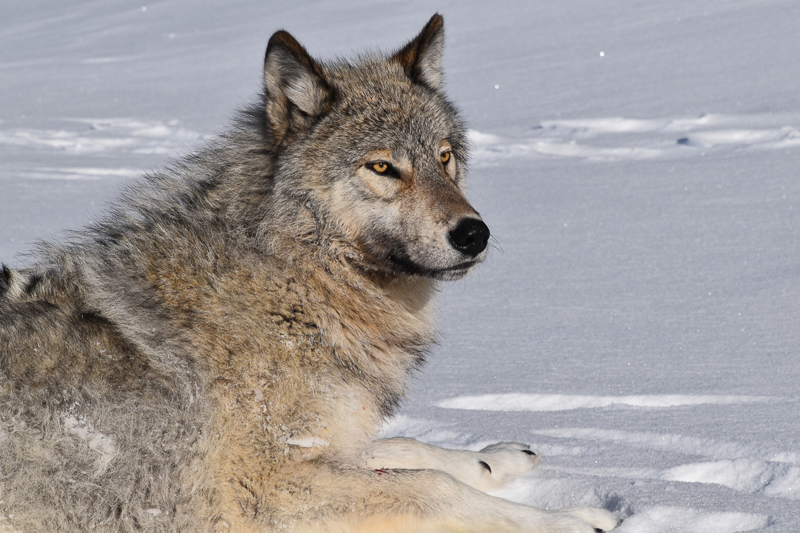 Warmer winters, earlier springs, shrinking ice, and increased human development — the Arctic is undergoing dramatic changes that are impacting native animals. Researchers from around the world have now established an archive for data documenting movements of animals in the Arctic and Subarctic, hosted on the Movebank platform at the Max Planck Institute of Animal Behavior in Radolfzell, Germany.

With the Arctic Animal Movement Archive, scientists can share their knowledge and collaborate to ask questions about how animals are responding to a changing Arctic. Three recent studies from the archive reveal large-scale patterns in the behaviors of golden eagles, bears, caribou, moose and wolves in the region, and illustrate how the archive can be used to recognize larger ecosystem changes.

Researchers have long been observing the movements and behavior of animals in the Arctic. However, it has been difficult to discover and access these data. To address this problem, an international team led by Sarah Davidson, data curator at the Max Planck Institute of Animal Behavior in Radolfzell, and Gil Bohrer, professor at the Ohio State University, have established a NASA-funded global data archive for studies of animal migration in the Arctic and Subarctic.

The aim of the Arctic Animal Movement Archive is to network scientists and promote their cooperation. This is particularly important because the Arctic region extends around the world. Researchers from over 100 universities, government agencies and conservation groups across 17 countries are involved in the archive, which is hosted on Movebank, a research platform developed by Martin Wikelski, director at the Max Planck Institute. “Our goal is to use the archive to build a global community across institutions and political boundaries,” says Wikelski. The archive currently contains over 200 projects with the movement data of more than 8,000 marine and terrestrial animals from 1991 to the present.

Roland Kays, head of the North Carolina Museum of Natural Sciences‘ Biodiversity Lab and cofounder of Movebank, notes that the database now contains 2 billion animal locations from all over the world. “One cool thing about the project is that the Arctic Archive is still growing,” Kays adds. “New data comes in to Movebank every day via satellites and cellphone networks from the Arctic. The science continues!”

Researchers recently published a set of discoveries bringing together data and expertise using the archive. By comparing movements of more than 100 golden eagles from 1993 to 2017, researchers found that immature birds migrating north in the spring arrived earlier following mild winters. However, the arrival time of adults has remained rather constant, regardless of conditions at their breeding grounds, with consequences for nesting and chick survival. “Our approach revealed the importance of assessing data that span generations and decadal climate patterns, that when ignored can dramatically affect our results and consequently management strategies,” says Scott LaPoint, scientist at Black Rock Forest.

A second study of more than 900 female caribou from 2000 to 2017 found that more northern herds are giving birth earlier in the spring, while the calving dates of more southern populations have not shown the same change. “The ability to look at biological processes, like birth, at such a large scale, across populations and subspecies and over millions of square kilometers, is unprecedented for a species in such a remote and harsh environment. These results reveal patterns that we would not have suspected, and point to further lines of inquiry about everything from caribou evolution to their ability to adapt to environmental changes moving forward,” explains Elie Gurarie from the Universities of Maryland and Montana.

A third analysis looking at the movement speeds of bears, caribou, moose and wolves from 1998 to 2019 showed that species respond differently to seasonal temperatures and winter snow conditions. “How animals respond to variable weather conditions through movement will have interesting implications for species competition and predator-prey dynamics,” says Peter Mahoney, wildlife biologist at the National Oceanic and Atmospheric Administration.

In addition to the hundreds of studies already included in the archive, the resource is continually growing, as data are transmitted from animals in the field and as more researchers join. This should help to detect changes in the behaviour of animals and ultimately in the entire Arctic ecosystem. “We are also providing a much-needed baseline of past behaviors and movements,” says Davidson. “This can be used to improve wildlife management, address critical research questions, and document changes in the Arctic for future generations.”