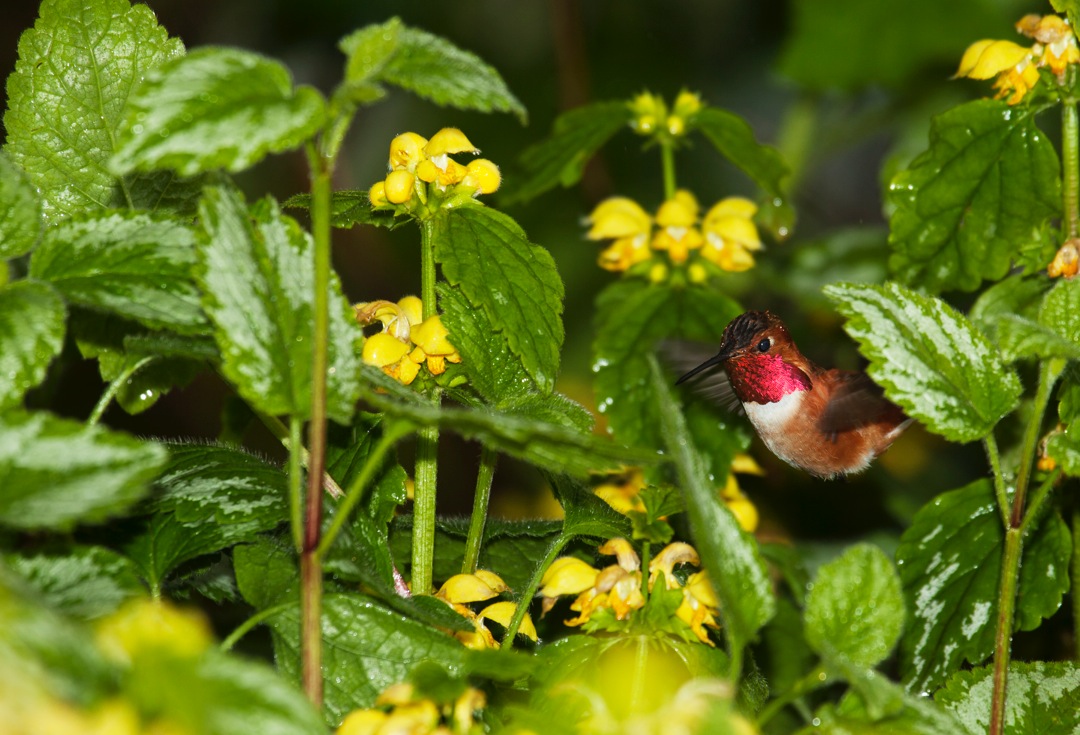 Through this site, you can help the North Carolina Museum of Natural Sciences study “vagrant hummingbirds”— those that do not migrate south in the winter or are spotted outside their expected range.

The ruby-throated hummingbird is the only hummingbird that breeds in the eastern United States. North Carolina’s ruby-throats usually begin migrating south in late summer, while birds from further north continue to pass through North Carolina into October. After this time, other sightings of hummingbirds formerly were considered quite a rarity indeed.

The idea that these, or other, hummingbirds are present in North Carolina — or anywhere in the eastern United States — during wintertime is new and strange for many folks. But since the 1970s, a scattering of "vagrant" hummingbird reports have been published.

In 1999 the North Carolina Museum of Natural Sciences began investigating occurrences of unusual and unexpected hummingbirds in the state during the months from October to March. This work is being carried out by longtime Research Affiliate Susan Campbell, in collaboration with Master Banders Bob and Martha Sargent, founders of the Hummer/Bird Study Group. As hummingbird reports come in from across the state, Campbell works to capture and band as many as she can. She takes many photographs, records the date, location, the bird’s’ weight and body condition (molt, fat, any deformities, etc.), and then releases the bird.

The project’s goals are to document as many of these reports as possible, with banding and photographs, as well as to return in subsequent years to the same places and see if birds return. The Museum stays in touch with other hummingbird banding project leaders in the Southeast.