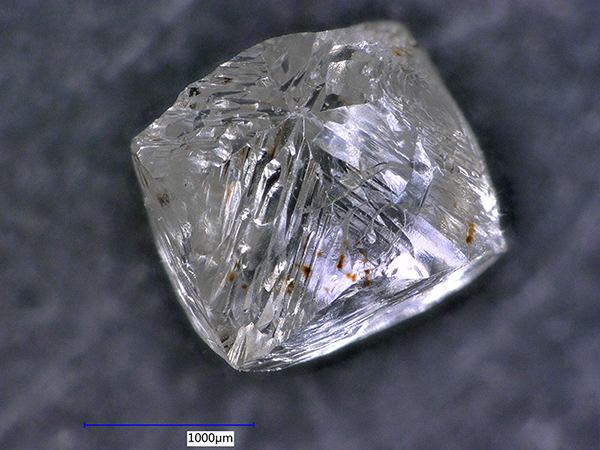 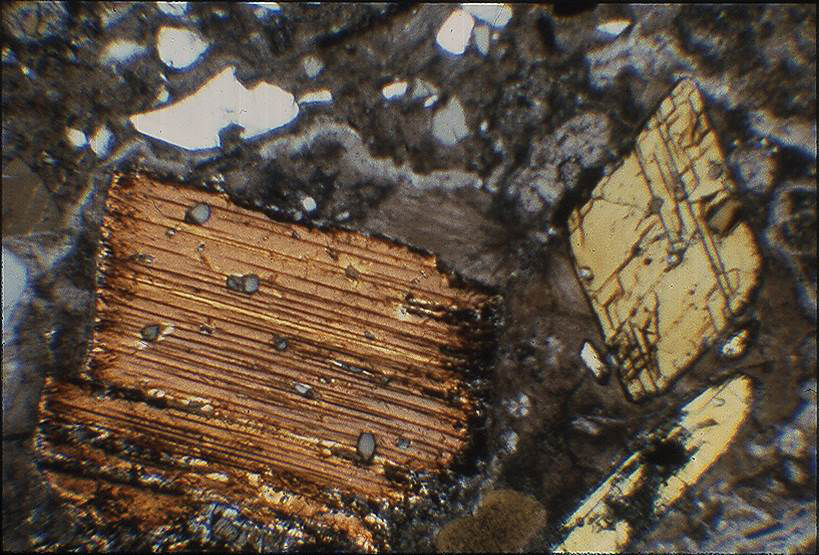 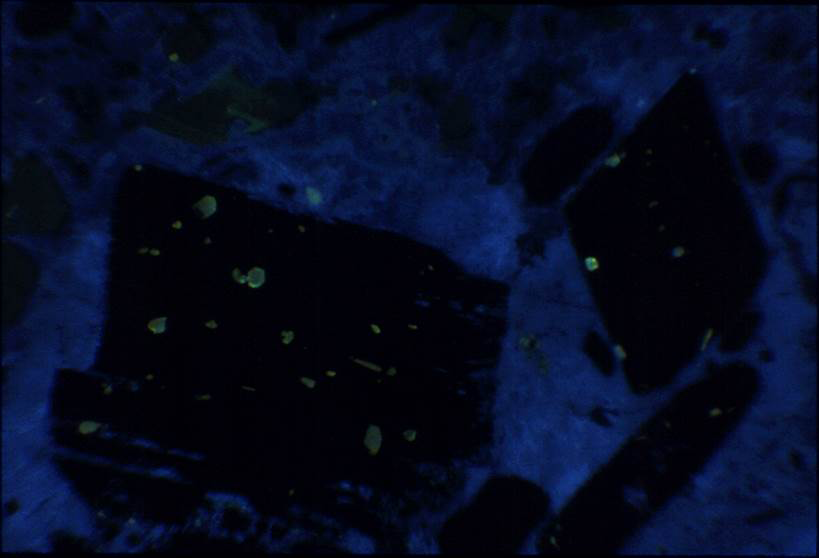 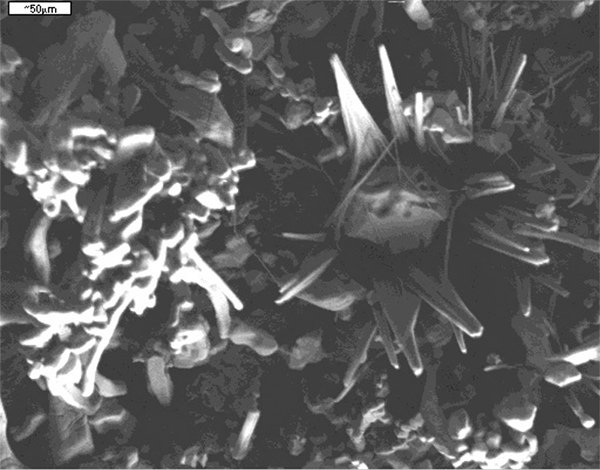 Apatite geochemistry - Apatite group minerals record the behavior of F-, Cl-, and OH- bearing components in magmas and fluids, so they have great utility in understanding the behavior of these fluids in the crust, mantle and in explosive volcanism. Research in this lab is geared towards adding carbonate (CO3) substitution to the list as a monitor for CO2 behavior, using mineral synthesis and infrared spectroscopy. Concurrent projects deal with the complications of apatite analysis by electron microprobe and by FTIR. The data from these studies is used in construction of an overarching thermodynamic model for the apatite solid solutions.

Pyrite “disease” - Pyrite forms under reducing conditions, and it starts to decay as soon as exposed to oxygen and humidity. In vertebrate fossils, pyrite partially replaces the bone, and infills channels inside the bone, often called “pyrite disease.” Oxidation and hydration of the pyrite produces efflorescent sulfate minerals that eventually break down into sulfuric acid, destroying the specimens. Long term experiments under controlled humidity have shown that pyrite reacts very quickly in the presence of clays. Further experiments are elucidating the reaction between various clays and pyrite. We have also shown that pyrite disease spreads through physical mechanisms, not by the action of bacteria.

Ediacaran fossils of North Carolina - One of the most profound points in the evolution of life is Cambrian Revolution, marked by changes in the environment, animal behavior, and the development of hard parts that could be fossilized. But the Cambrian Explosion of Life had a long fuse. Body fossils and trace fossils of soft-bodied organisms can be found in about 30 places in the world. One of those places is North Carolina. Our research, in collaboration with amateur collectors, has led to recognition of new fossils and re-evaluation of previous discoveries. Collaborations with Collections Manager Trish Weaver and Emory University scientist Dr. Tony Martin continue.

North Carolina Gemstones - In 2014, we announced the discovery of ten new North Carolina diamonds. A field-based study is underway to identify the source of these diamonds, one of the last remaining mysteries in North Carolina Geology. The Museum also received the donation of a 74-carat emerald, possibly the largest cut stone originating in North Carolina. However, its provenance is uncertain. We are combining major and minor element analysis by electron microprobe with statistical analysis of emeralds worldwide to see if North Carolina emeralds are distinct in any way.