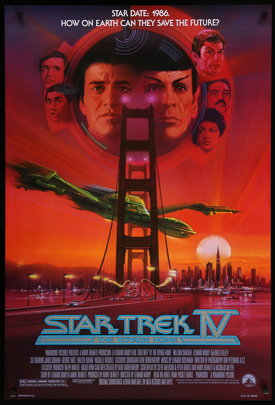 “Space … the final frontier. These are the voyages of the Starship Enterprise, its continuing mission to explore strange new worlds, to seek out new life and new civilizations, to boldly go where no one has gone before” … until now.

Come aboard the Enterprise for our December 2 installment of Museum Movie Night. Kirk and the rest of the original Star Trek crew find that a catastrophe in their time can only be averted by a journey into Earth’s past. They soon find that 1980s San Francisco is more alien than anything they’ve encountered in the far reaches of the galaxy! We’ll host an expert to help us separate the science from the fiction following the screening. Don’t miss it!

Check out the upcoming movies and learn more about Museum Movie Night: Where Science meets the Cinema.

It’s the 23rd century, and a mysterious alien probe is threatening Earth by evaporating the oceans and destroying the atmosphere. In a frantic attempt to save mankind, Admiral Kirk and his crew time travel back to 1986 San Francisco where they find a world of punk, pizza and exact-change buses that are as alien as anything they’ve ever encountered in the far reaches of the galaxy. Their quest: to find a pair of humpback whales that they hope can talk back to the probe. 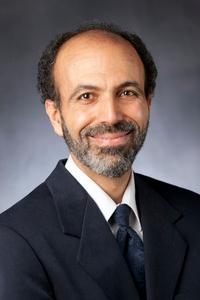 Dr. Mohamed Noor is a professor of biology and currently serves as Dean of the College of Arts & Sciences at Duke University. He is also a contracted science consultant for the Star Trek universe, with current credits in seasons 3–4 of “Star Trek: Discovery,” and more to come. He merges his passion for genetics and evolution with science-fiction by teaching biology concepts using depictions from Star Trek in the classroom, in online videos and in presentations at conventions. Additionally, Dr. Noor published a book via Princeton University Press that uses examples from Star Trek to teach real-world principles in genetics and evolution, called “Live Long and Evolve: What Star Trek Can Teach Us About Evolution, Genetics, and Life on Other Worlds.”  Dr. Noor will do a book signing after the movie and books will be available for purchase.

“Exploring the Universe: Imagining Life” is a hands-on activity in which guests imagine and draw an extreme environment beyond Earth, then invent a living thing that could thrive in it. Guests learn that NASA scientists study extremophiles on Earth to imagine the variety of life that might exist elsewhere, and make predictions about where to look for it.

Museum guests will test their knowledge by matching the crew with their original statements, uniforms and genetic identity.

Color a holiday Star Trek ornament and watch it shrink before your eyes!

The Wonder of Whales

Can you imagine swimming with a whale? Experience the next best thing as you stand beneath five enormous whale skeletons. Learn about their histories, what life is like for them in our oceans and even how dogs are helping to protect them. 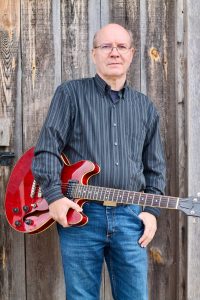