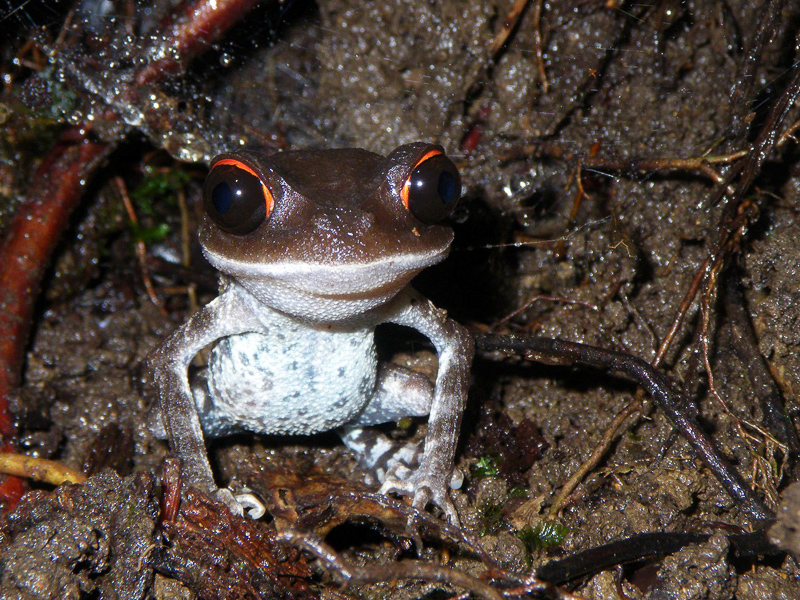 The Asian Spadefoot Frogs (Leptobrachium) are large frogs that inhabit evergreen forests throughout Asia. Although their bodies are usually brown or grey, their large eyes are often splashed with bright blue, green, red or white. During expeditions in search of frogs in the region, herpetologists from the Australian Museum and the NC Museum of Natural Sciences often came across red-eyed Asian Spadefoot Frogs. By looking a little closer at their appearance, DNA and calls, they discovered a species that, until now, had been “hidden” from science. The Crescent Moon Spadefoot Frog (Leptobrachium lunatum) is only known from the forests of northeastern Cambodia and Central Vietnam, an area under threat from deforestation. The discovery of this regal red-eyed frog highlights just how important these forests are.