Your Body by Darwin 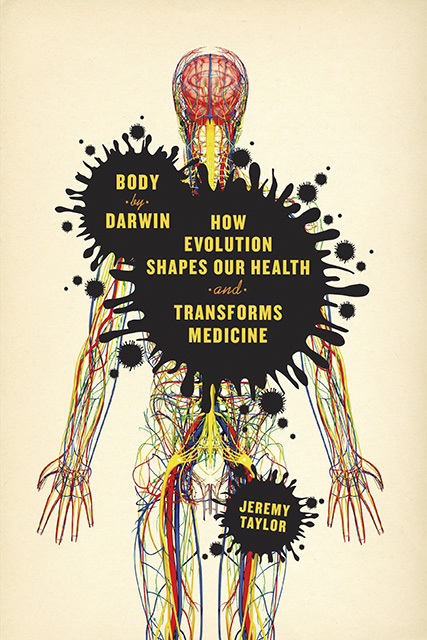 Doctors often work to cure our ills as if we are malfunctioning machines and they are teams of skilled mechanics. But the human body is not a machine — it is a bundle of living material that has been produced over millennia through evolution by natural selection. Join author Jeremy Taylor for a closer look at how evolution shapes our health and transforms medicine.

Using compelling accounts from people trapped in the disease process together with examples of cutting-edge evolution-informed research in fields as wide apart as allergy and autoimmunity, cancer, dementia and heart disease, Taylor will show how an evolutionary understanding of our bodies is changing the way we understand the nature of disease and how we treat a number of medical conditions, and is influencing medical research. Jeremy Taylor has spent a career in British science television where he produced a number of award-winning films. They include The Blind Watchmaker, with Richard Dawkins, for the BBC, which won the Royal Society’s Scitech prize for science documentary, and Mindreaders for Channel 4, which won Silver Prize at the British Medical Association Film Competition. His first book “Not a Chimp: The Hunt for the Genes That Made Us Human” was published by Oxford University Press in 2009. This lecture tour is based on his second book “Body by Darwin: How Evolution Shapes Our Health and Transforms Medicine,” which was published in October 2015 by University of Chicago Press. Taylor will be selling and signing copies of “Body by Darwin” following his presentation.

Support for this presentation is provided by the Triangle Center for Evolutionary Medicine (TriCEM).