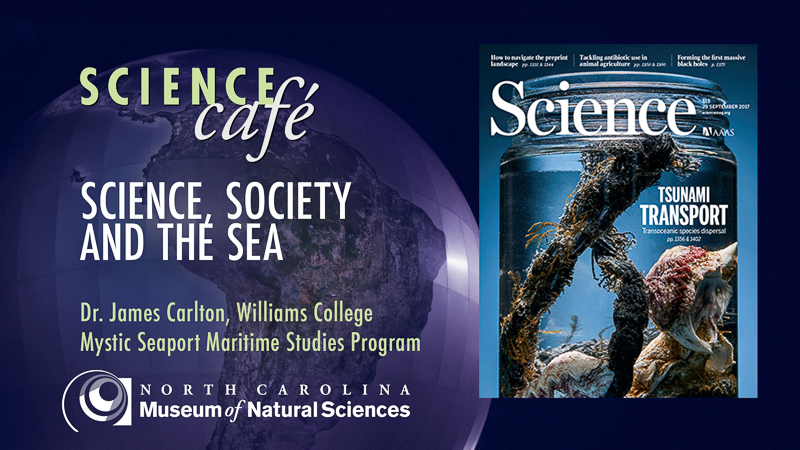 The Great Japanese Earthquake and Tsunami of March 2011 set into motion an unprecedented event in the history of marine science — a massive field of rafting debris was ejected into the ocean at an exact known time and place. The debris field, which included a 130-foot ship and 65-foot-long docks, crossed the North Pacific Ocean and began arriving in North America one year later with numerous living Japanese species aboard. Over the next five years nearly 400 species of Japanese marine animals and plants were documented as successfully crossing the ocean. Learn more about how increasing shoreline infrastructure (such as docks) has greatly increased the pathway of plastics into the sea, which interacts with climate change-induced storms of growing severity to eject more debris into the oceans and thus intensify species invasions.

Dr. James T. Carlton is Professor of Marine Sciences Emeritus, Williams College and Director Emeritus, The Maritime Studies Program of Williams College and Mystic Seaport. His research focuses on the environmental history of coastal marine ecosystems, including invasions of non-native species and modern-day extinctions. Carlton is Founding Editor-in-Chief of the journal Biological Invasions, a Pew Fellow for Marine Conservation, a Fellow of the American Association for the Advancement of Science and a Fellow of the California Academy of Sciences.