Science Cafe: New Perspectives on the Formation of the Moon

Science Café Series — Legacy of Apollo: Science of the Moon

New instrumentation and ideas are improving our understanding of the violent origins of the Moon. In this presentation we will explore new ideas motivated by new measurements on Apollo samples that are changing our picture of how the Moon formed and what this event tells us about the early days of the solar system in general.

Dr. Edward Young is Professor of Geochemistry and Cosmochemistry at UCLA. He was a Postdoctoral Fellow at the Carnegie Institution in Washington, DC, and served on the faculty of the University of Oxford before coming to UCLA. His interests include the birth environment of our solar system, the formation of the Earth and Moon, and the geochemical evolution of these bodies. His NASA-sponsored research includes studies of the chemistry of exoplanets and the formation of the very first solids in the solar system. 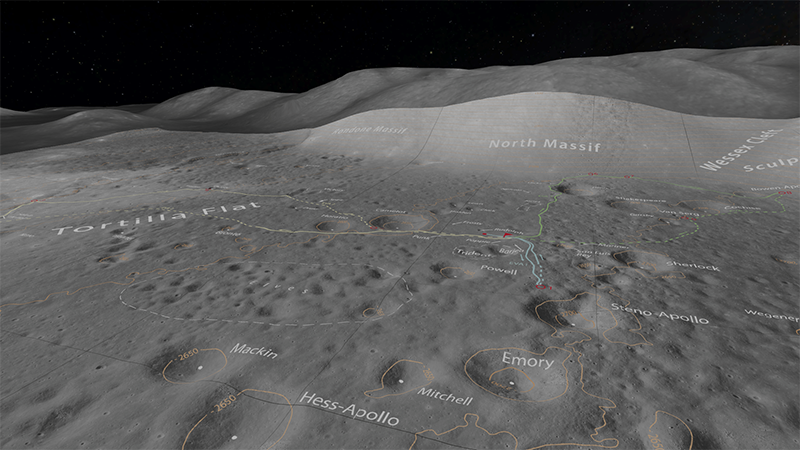 Special Tour of the Moon

3pm-5pm
The Astronomy & Astrophysics Research Lab will be open so visitors can see Apollo landing sites with new software called OpenSpace. Come for an interactive tour of lunar terrain where samples were collected by Apollo astronauts. Then come to the café at 7pm to hear about new scientific discoveries gleaned from these lunar rocks! To learn more about OpenSpace visit openspaceproject.com.

Legacy of Apollo: Science of the Moon Science Cafés: