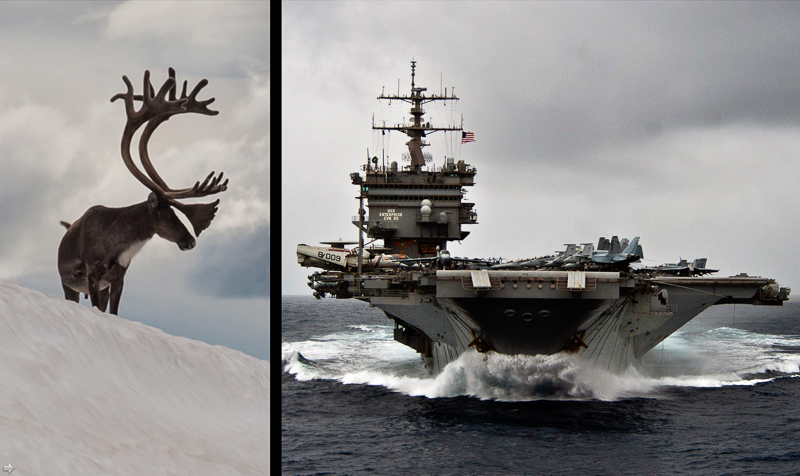 Every animal has a weapon of one sort or another, but the overwhelming majority of weapons stay small. Yet, sprinkled through the tree of life are species where weapons become extreme. Occasionally, human manufactured weapons also evolve to extremes. Emlen reveals that the same critical conditions trigger arms races in both cases, and the most crucial prerequisite is duels. A journey that begins with biology becomes the story of all weapons, as Emlen discusses beetles and battleships, crabs and the Cold War.

Douglas J. Emlen is a professor of biology at the University of Montana. He is a fellow of the American Academy of Arts and Sciences and a recipient of the U.S. Presidential Early Career Award in Science and Engineering, multiple research awards from the National Science Foundation including their five-year CAREER award, and a Young Investigator Prize and the E. O. Wilson Naturalist Award from the American Society of Naturalists. In 2014 he was awarded UM’s Distinguished Teaching Award, and in 2015 the Carnegie/CASE Professor of the Year Award for the State of Montana. His book “Animal Weapons: The Evolution of Battle” (Henry Holt, 2014) won the Phi Beta Kappa science book of the year award in 2015, and his textbook “Evolution: Making Sense of Life” (co-authored with award-winning journalist Carl Zimmer, Macmillan Publishing, 3rd edition 2019), is presently adopted by more than 250 universities and colleges. His research has been featured in The New York Times, National Public Radio’s Fresh Air and Science Friday, and YouTube’s SciShow, and he recently starred in documentaries about his work on BBC (Nature’s Wildest Weapons) and NOVA (Extreme Animal Weapons). His first narrative nonfiction book for young adults, “Beetle Battles: One Scientist’s Journey of Adventure and Discovery” (Roaring Brook Press) appeared on shelves this past December.