Science Cafe: Beavers: The Good, the Bad, the Busy 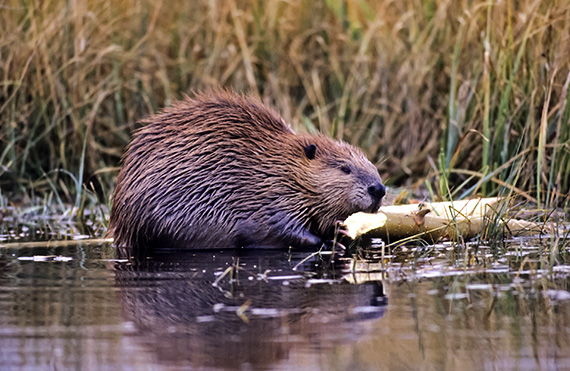 Nature’s original “chainsaw,” the beaver (Castor canadensis), has been an important and interesting part of our North American ecosystem for millennia. Scientists have estimated 60 million beavers originally inhabited North America, affecting the movement of water in every waterway with the exception of desert regions. During the settlement of North America by the first Europeans, the economic importance of beaver harvests for the fur trade was our country’s first primary commodity that not only opened up the wilderness but even caused a number of wars! At this Cafe, we will trace the history of beavers in North Carolina and learn about the amazing ecology of this animal as it copes with the daily and seasonal challenges of living with human neighbors in the 21st century.

Dave Woodward came south to Clemson University to earn his Master of Science while studying beavers after finishing his Bachelor of Science in Wildlife Biology from UMass (Amherst) in 1973. In 1978 he moved to NC State University to begin work as a field technician in the newly formed Wildlife Research program in the Department of Zoology. Dave has published several peer-reviewed papers on his beaver research interests, co-authored a 22-page NCSU Extension brochure, and has given annual lectures on this species to a variety of audiences. He has managed hundreds of beaver-caused problems for dozens of public and private stakeholders in the Triangle area over the past 35+ years. He is current with national and regional management innovations for this species and has expert knowledge about the natural history, benefits and problems associated with this important wetland engineer.