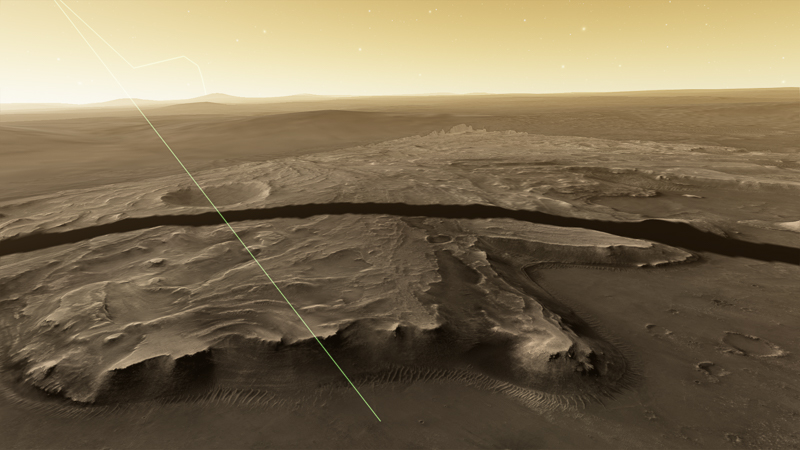 Projected landing trajectory (green line) for the Perseverance rover into Jezero Crater on Feb 18, 2021. A portion of the landing ellipse for Mars 2020 is shown as a broad band around the crater. Image rendered with real Mars mission data and star fields using OpenSpace software. Image: R. Smith. Click to enlarge.

Join us for a live virtual landing event!

NASA’s newest rover, Perseverance, is going to land on Mars! Perseverance is NASA’s biggest and smartest rover ever made, and this will be an epic landing. We will have live programming with NASA JPL Solar System Ambassador, Alan Rich and Museum astrophysicist, Dr. Rachel Smith. Join us as we eat peanuts during the “Seven Minutes of Terror” … when added together, the time it takes for the entry, descent and landing of Perseverance. We will also have live broadcast feed from NASA.

Register to get reminders, extra resources and to be entered into a drawing for a 2021 Astronomy Days T-shirt!