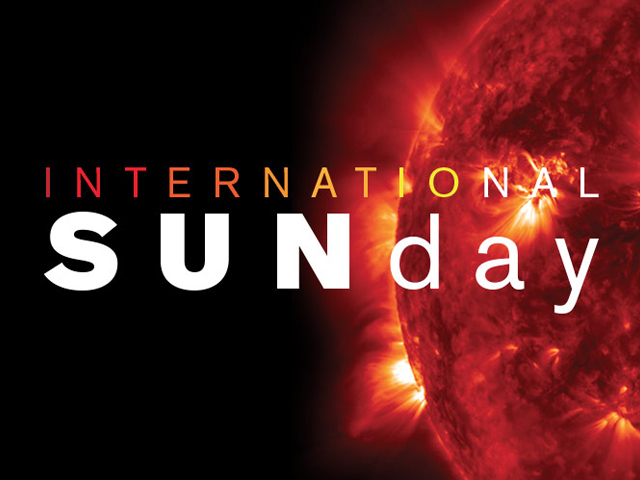 Learn more about our amazing star, the Sun! Safely view the Sun through solar telescopes, hear special talks about the total solar eclipse happening this August, and space weather, and learn about current research by Museum astronomers and students working in the Astronomy & Astrophysics Research Lab.

International SUN-day is held annually on the Sunday nearest to the summer solstice, which is the day with the most hours of sunlight during the entire year, marking the beginning of summer in the Northern Hemisphere.

12:30pm: Day to Night and Back Again: The Solar Eclipse of 2017
On August 21, 2017, people across North America will see an unusual shadow of darkness. Known as a total solar eclipse, this natural phenomenon occurs when the Moon covers the disk of the Sun, offering rare opportunities to experience the onset of twilight in the middle of the day, to study certain properties of the Sun possible only during eclipses, and to witness odd effects on animal and plant behavior. With its 70-mile-wide path stretching from Oregon to South Carolina, including parts of western North Carolina, this will be one of only a handful of total solar eclipses to cross North America this century. Join Museum astronomer Rachel Smith to learn about the physics behind eclipses, the exciting science made possible by such events, and how you can be part of this exciting celestial event!

Dr. Rachel Smith is Head of the Astronomy & Astrophysics Research Lab and Curator of Meteorites at the North Carolina Museum of Natural Sciences, and an Assistant Professor in the Department of Physics & Astronomy at Appalachian State University.

1:00pm: The Sun: Common and Uncommon Events
The Sun is our closest star and from a distance it seems unchanging. The Sun is not a calm object though. A close look at the surface gives it the impression of boiling soup. We can see hot gas trapped in giant magnetic loops arching over its surface. We also see occasional, highly energetic eruptions blast from its surface. The Sun interacts with the Earth in familiar ways, such as producing colorful auroras, and occasionally also produces dramatic far-reaching effects, such as the Quebec Blackout in 1989. In this program, Museum astronomer Patrick Treuthardt will highlight some of the common and uncommon events produced by the Sun.

Dr. Patrick Treuthardt is Assistant Head of the Astronomy & Astrophysics Research Lab at the North Carolina Museum of Natural Sciences.

The Museum’s Astronomy & Astrophysics Research Lab will be open throughout the event, with its astronomers available to talk with visitors about the Sun and current solar scientific exploration.

Visitors will be able to safely look at the Sun through the Museum’s special “Hydrogen-Alpha” telescope, which highlights fascinating surface features and solar storms. (Weather permitting.) 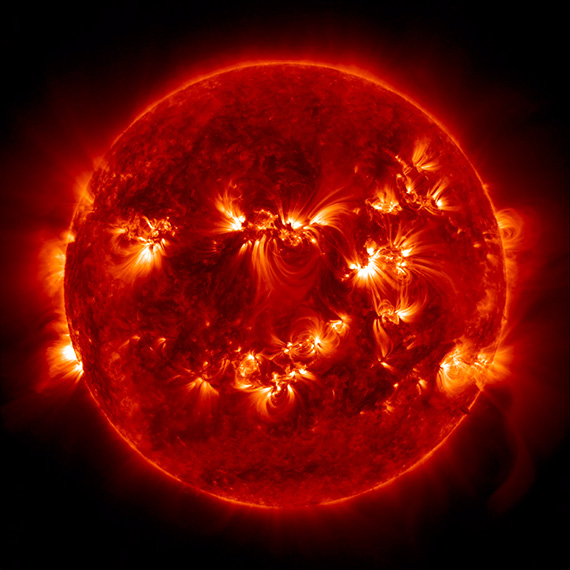 About a dozen active regions on the Sun, photographed by the Solar Dynamics Observatory (SDO) satellite. The bright, spindly strands that extend out of these active regions are particles spinning along the Sun’s magnetic field lines. The image shows how the Sun would look at the extreme ultraviolet wavelength end of the spectrum. Credit: Solar Dynamics Observatory, NASA.