The Formation of Stars and Planets | Galaxies

The Formation of Stars and Planets

Dr. Rachel Smith is Head of the Astronomy & Astrophysics Research Lab and an Associate Professor at Appalachian State University in the Department of Physics and Astronomy. She is an observational astronomer interested in how our solar system and other planetary systems form and evolve over time. She has used some of the largest ground-based optical-infrared telescopes, including the 10-meter Keck Observatory on Maunakea in Hawaii, to study the chemistry of protoplanetary material  (the gas, ice and dust that will eventually make up planets and the molecules needed for life) that surrounds forming stars across the Galaxy.

Rachel is currently using NASA’s Infrared Telescope Facility (IRTF) — a 3.2-meter telescope with a high-resolution spectrograph called iSHELL — on Maunakea to study massive forming stars across the Galaxy in an effort to better understand the carbon and oxygen chemistry in these star systems, and to compare them to stars that are more like our Sun and planets when they formed ~4.57 billion years ago. In this way we can learn how “unusual” we are within a Galaxy filled with diverse array of forming stars and planets. 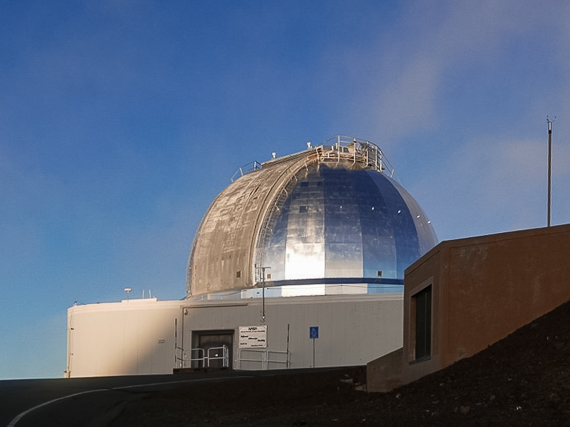 The IRTF on the summit of Maunakea, Hawaii. Click to enlarge. 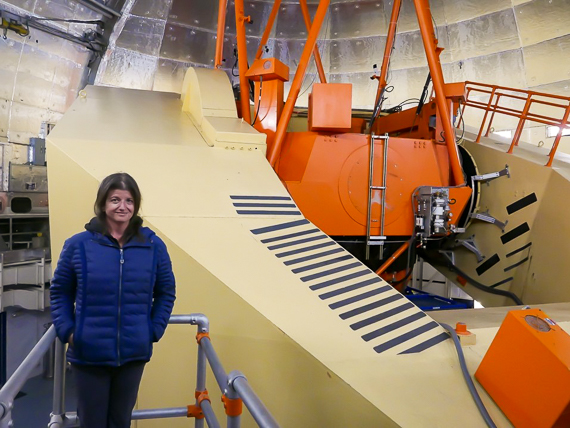 Rachel inside the IRTF telescope dome. Click to enlarge.

Some of Rachel’s data from telescope observations can also be compared to meteorites and the Sun —the oldest material we have from the early solar system — to create stronger connections between the chemistry of stars forming now and the evolutionary pathways that eventually led to Earth and life as we know it. 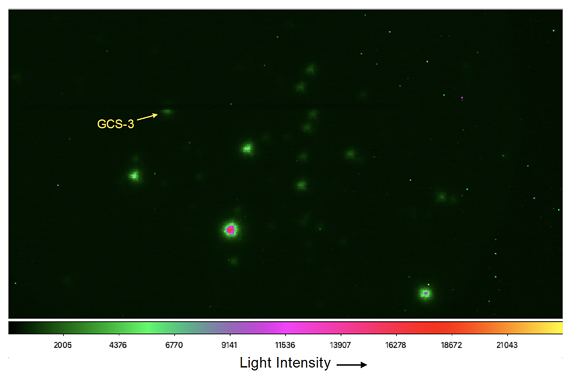 Image of the Quintuplet cluster, a group of massive stars ~100 light-years from the center of the Galaxy. Rachel and her colleague at the University of Hawaii took this image during a recent observing run at the IRTF. Click to enlarge.

Partial spectra of carbon monoxide surrounding two stars that are forming together – one member of the pair is in black and the other in green. Rachel obtained these data during a recent observing run at IRTF, and are being used to better understand the carbon and oxygen in these primitive star systems that will likely eventually form planets. Most stars, possibly even our Sun, have formed with companions! Click to enlarge.

Rachel is Curator of the Meteorite Collection at the NCMNS, and is working on building the collection and showcasing new specimens. She is working on analyzing a set of CT scans she made of various samples of interest, including the Chelyabinsk meteorite that fell to Earth in 2013, and several samples from Mars. Stay tuned for a new lunar meteorite display showing the latest acquisition, NWA 11474,  a basalt meteorite from the Moon! 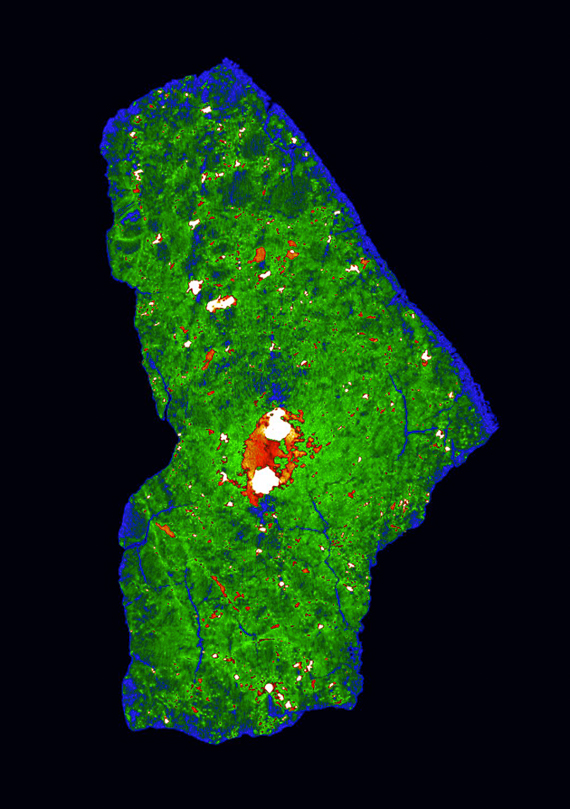 CT scan from Rachel’s current project to explore the interiors of meteorites, here showing the interior of the Chelyabinsk meteorite at the NCMNS. This color scheme highlights different mineral densities, with white being the densest material (i.e., metal) and green and blue being more rocky. The outer blue rim shows the fusion crust, the thin, melted layer that formed as the asteroid fragment crashed through Earth’s atmosphere. Click to enlarge. 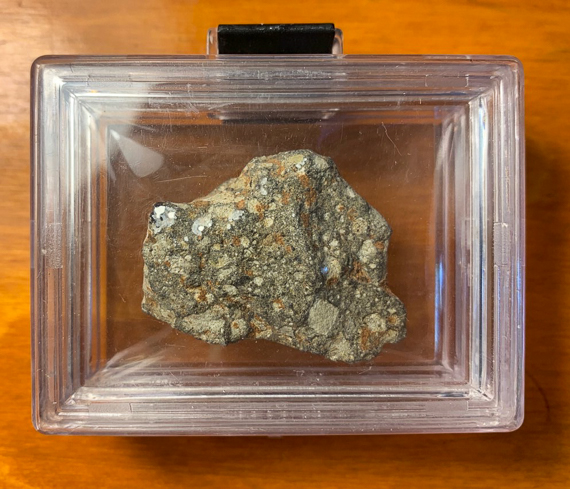 NWA11474 – a new lunar meteorite recently acquired by the NCMNS, soon to be on display outside the Astronomy & Astrophysics Research Lab on the third floor of the NRC. Click to enlarge.

Dr. Patrick Treuthardt is the Assistant Head of the Astronomy & Astrophysics Research Lab. His work deals with understanding the evolution of nearby galaxies by studying their different forms and structures. He is especially interested in barred and non-barred spiral galaxies and how their shapes connect to the supermassive black holes they harbor in their nuclei, as well as the enormous halos of dark matter they reside in. 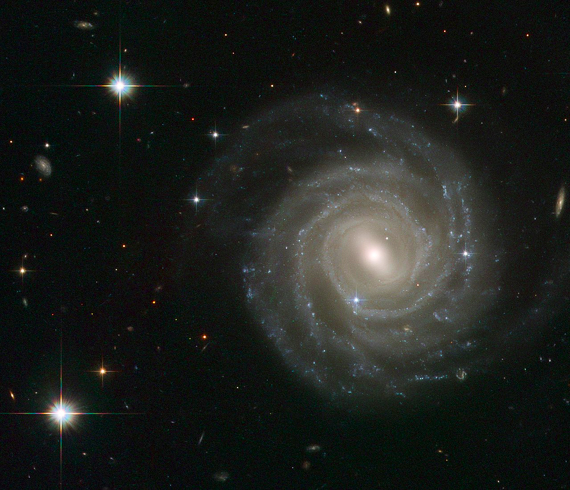 There are two notable projects Patrick has been involved with. The first was the discovery of “Burcin’s Galaxy,” a unique galaxy with a bright, circular core of old stars surrounded by two disconnected, nearly circular rings. 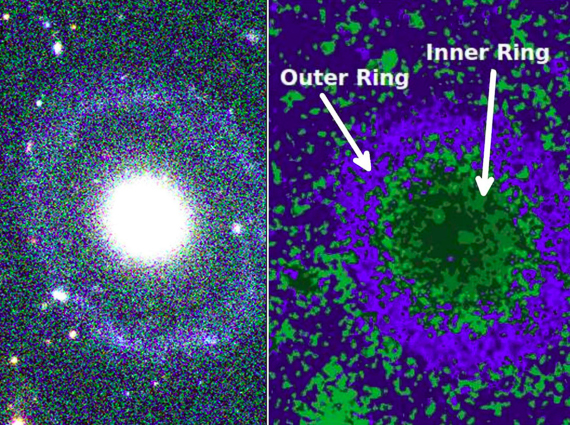 No other galaxy resembling Hoag’s Object has been found that hosts two such disconnected, circular rings. 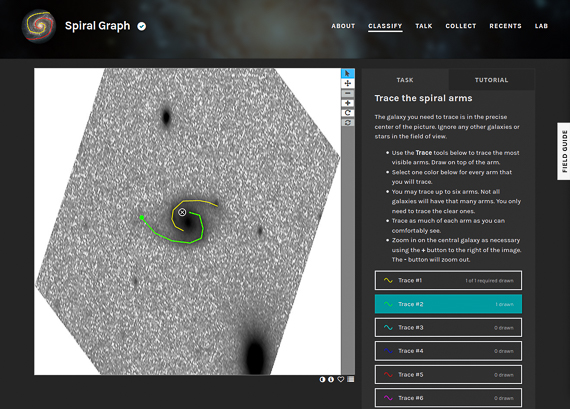 Screenshot of the tracing task in Spiral Graph. Credit: Treuthardt. Click to enlarge.

The tightness of the winding, known as pitch angle, has been found to correlate with parameters that are more difficult to measure such as the mass of the central bulge of stars, maximum rotation velocity of the galaxy, and the total mass of stars in the galaxy. The dark matter content of the galaxy and the mass of the black hole found in a galaxy’s nucleus are also related to pitch angle. Over 5,000 volunteers have helped determine the pitch angles of more than 20,000 galaxies so far.